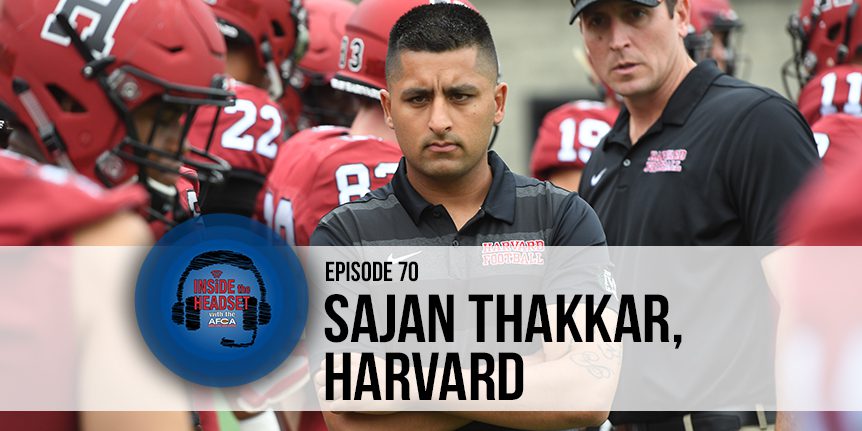 This week on Inside the Headset, we speak with Harvard Running Backs Coach Saj Thakkar about his time as a young offensive coordinator, his experience working on the defensive side of the ball, and some of the unique aspects of coaching in the Ivy League.

Coach Thakkar’s career began at Fitchburg State University immediately after he finished playing for them. During his two years on staff (2013-14), he coached quarterbacks, running backs and special teams, plus spent time working as the video coordinator and helped manage the equipment. In 2015, he joined SUNY Maritime College and began working with the defensive backs along with serving as the special teams coordinator. Thakkar then switched over to offense and was named offensive coordinator along with coaching the quarterbacks (2016-17). In 2018, Thakkar became the running backs coach at Harvard.