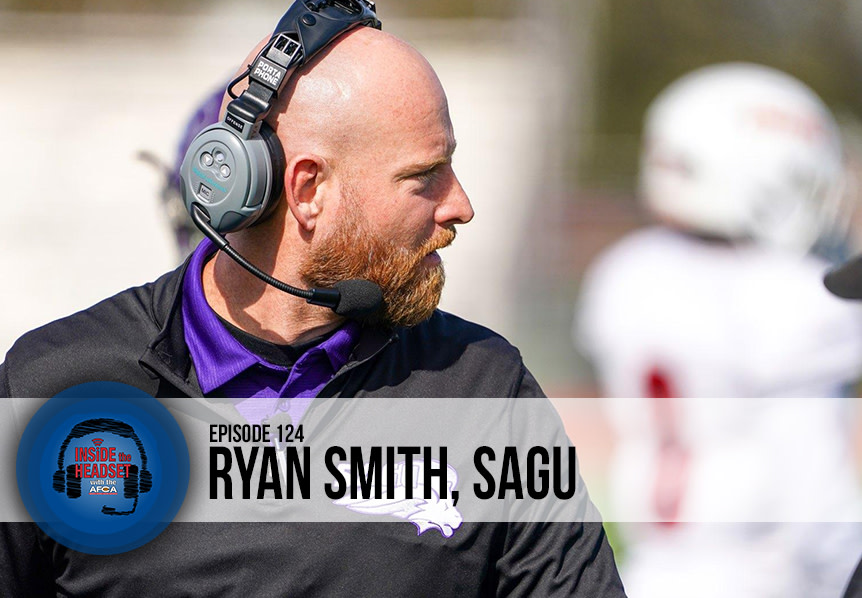 This week on Inside the Headset we are featuring Southwestern Assemblies of God University Head Coach, Ryan Smith. Coach Smith discusses the transition from being a young preacher to a head coach, his offensive philosophy, and the value of attending the annual AFCA Convention.

Ryan Smith returned to his alma mater in April of 2018, when he was named SAGU’s head football coach. As a student-athlete at SAGU, Smith was the starting quarterback all four years. In 2004, he was named as an NAIA Preseason All-American and earned two NAIA National Player of the Week honors. Prior to SAGU, Smith served as head coach for Newton High School (Miss.). Under Smith’s leadership, he reconstructed the football program and led the Tigers to their first playoff game in 12 years. Before arriving at Newton, Smith led the offense for Oak Grove High School (Miss.) and spent two years teaching and coaching in Texas with stops in Palmer and Irving.