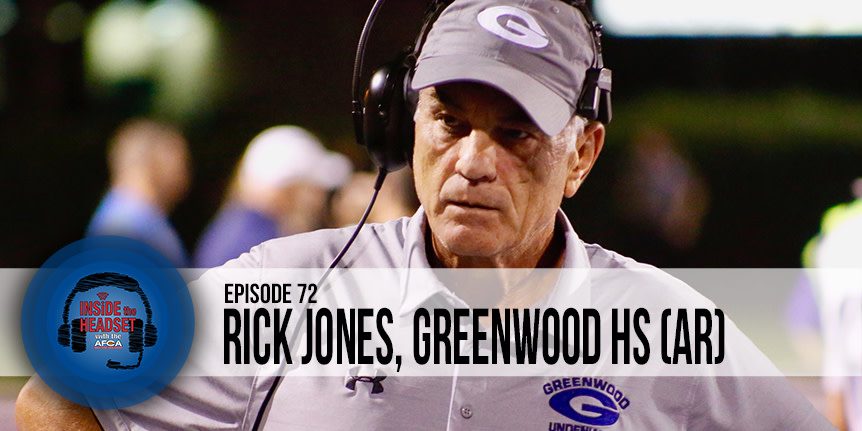 This week on Inside the Headset, we speak with Rick Jones, head coach of Greenwood High School in Arkansas. Coach Jones was the recipient of the 2018 AFCA Power of Influence Award, presented by TeamSnap. We discuss some of his off-season programs, leadership classes for players, advice for the interview process, and stories from his career.