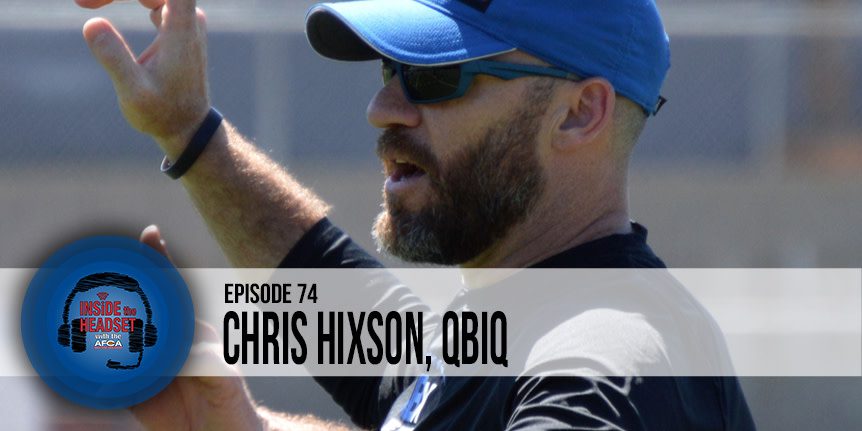 This week on Inside the Headset, we speak with Chris Hixson—Founder of QBIQ—and later on the show we breakdown the concept of “padding”. With Coach Hixson, we discuss the QBIQ system and how his experiences as a player and coach helped lead to its creation. During our discussion on padding, Mike Cross sits down with Mario Price and Alec Finch to learn more about their experience and the insights they gained by going through the process of charting the Rams’ offense.

Coach Hixson was a four-year starting quarterback at the University of Rhode Island (1993-1996) before going on to play in the Arena Football League (2001-2005). After serving as offensive coordinator for the Amarillo Dusters in 2006, Chris went on to start “The Passing Academy,” QBTV (Quarterback Technique Videos), and he most recently launched QBIQ.

In the second half of the episode, Mario Price, Mike Cross, and Alec Finch sit down to discuss “padding“–the process of watching all-22 game film and transferring onto paper (or a notepad) exactly what is happening on each play of a game. They talk through their experience with the process and the insights they gained from their first attempts.

Check out the article we just released discussing the entire process, and don’t forget to look at their examples from the Rams-Chiefs in Week 11 and the Rams-Patriots in Super Bowl LIII.