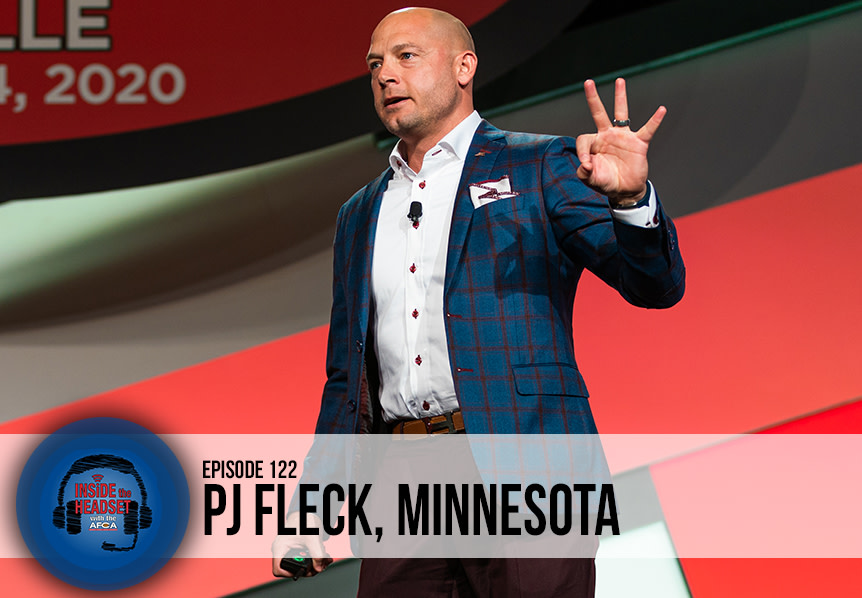 This week on Inside The Headset we are featuring Minnesota Head Coach, PJ Flecks’s kickoff session speech from the 2020 AFCA Convention in Nashville, Tennessee. Coach Fleck discusses how he works to build a strong culture, the story behind his famous “Row the Boat” mantra, as well as five things he learned as a head coach.

PJ Fleck was named the head football coach at Minnesota in January of 2017. In 2019, Fleck led Minnesota to unprecedented heights as the Gophers won 10 games in the regular season for the first time since 1905. Minnesota also won seven Big Ten games for the first time in school history and Fleck was voted Big Ten Coach of the Year. Minnesota won four Big Ten games by at least 20 points for the first time since 1934 and beat No. 5 Penn State. Fleck came to Minnesota after spending four years as the head coach at Western Michigan (2013-17), where he was 30-22 overall and 21-11 in the Mid-American Conference. Prior to his time at Western Michigan, Fleck served as the wide receivers coach for the Tampa Bay Buccaneers (2012) and coached the receivers at Rutgers (2010-11). He coached receivers and was the recruiting coordinator at Northern Illinois in 2009 and tutored the receivers for the Huskies from 2007-08. Fleck’s coaching career began at Ohio State as a graduate assistant (2006).

RELATED CONTENT: Inside The Headset: The 2020 Convention Playbook [PODCAST]