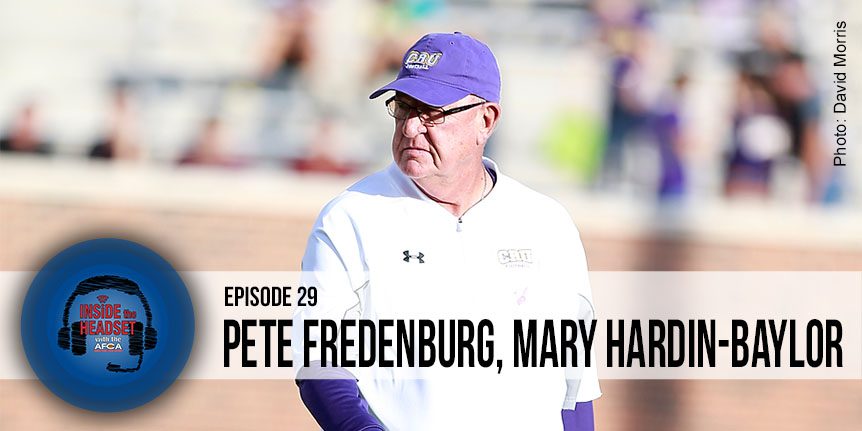 On this episode of Inside the Headset, we take the podcast on the road to interview Pete Fredenburg, head coach for the University of Mary Hardin-Baylor to discuss starting a new program from scratch while creating a vision, developing players beyond the game, and longevity in the coaching profession.

Coach Pete Fredenburg began his career as a Texas high school football coach which included stints at Canyon HS, New Braunfels HS, and Giddings HS. In 1982, he joined Grant Teaff’s staff at Baylor coaching the defensive line. He spent thirteen years with the Bears before going to LSU for the 1994 season, then to Louisiana Tech as the defensive coordinator from 1995-1996. Fredenburg was then hired by UMHB to start their football program. He has led the Cru since 1998, amassing 15 conference championships, the 2016 Division III National Championship, and vied for another national championship playing Mount Union in the 2017 Stagg Bowl. Coach Fredenburg was the AFCA’s 2016 Division III Coach of the Year and is a nine-time AFCA Regional Coach of the Year.