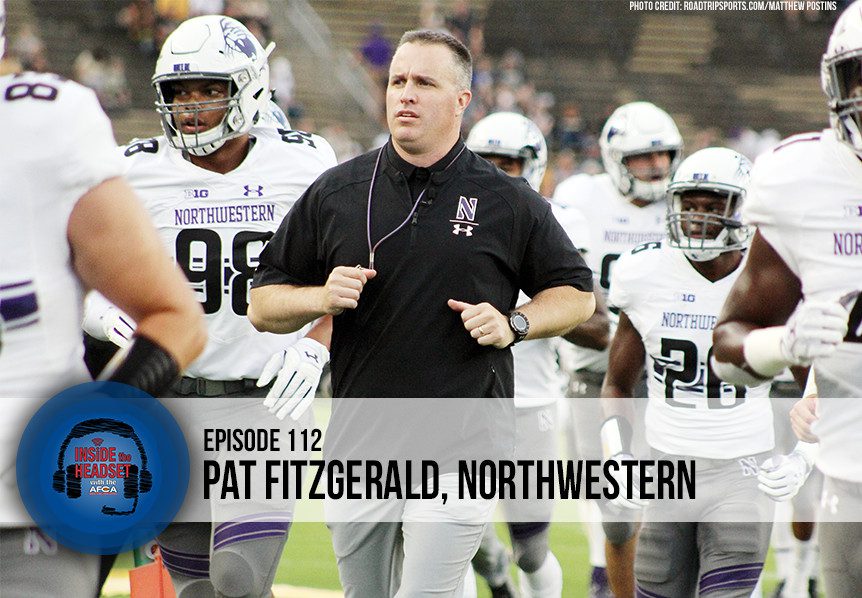 This week on Inside the Headset we speak with Pat Fitzgerald, Head Coach for Northwestern University. We discuss building loyalty in a coaching staff, the uniqueness of being the only private school in the Big Ten Conference, and what it was like becoming the head coach at his alma mater.

Coach Fitzgerald is in his 14th season as the Head Coach of Northwestern, and he was named the Big Ten’s Coach of the Year in 2018. Fitzgerald began his coaching career as a graduate assistant at Maryland (1998) after he graduated from Northwestern, where he was a two-time All-American linebacker and winner of the Nagurski Trophy and Bednarik Award (1995 & 1996). After spending the 1999 season at Colorado as a graduate assistant, Coach Fitz joined Idaho’s staff coaching the linebackers. In 2001, he returned to Northwestern working with the defensive backs, but he switched over to the linebackers in 2002, and quickly gained a reputation as a tremendous recruiter. Following the sudden passing of Randy Walker on June 29, 2006, Coach Fitzgerald was named Head Coach of Northwestern. He has led the Wildcats to nine bowl appearances, and four of the program’s five bowl victories have come under his guidance.