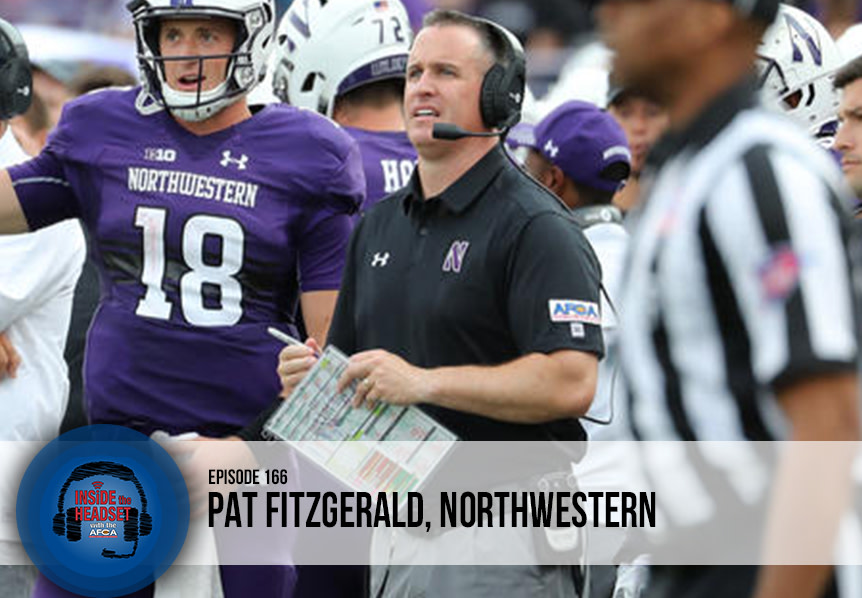 This week on Inside the Headset we are featuring Northwestern University Head Coach Pat Fitzgerald’s general session from the 2016 AFCA Convention. Coach Fitzgerald highlights his coaching journey, discusses the significance of developing a culture with key cornerstones, and shares insight on the responsibility coaches possess to impact players.

Pat Fitzgerald is currently in his 15th season at the helm of the Northwestern football program, making him the second-longest tenured Big Ten head coach.

In 2001, he returned to Northwestern, where he initially worked with the defensive backs, but later switched over to linebackers in 2002. Following the sudden passing of Randy Walker on June 29, 2006, Coach Fitzgerald was named Head Coach of Northwestern. He has led the Wildcats to nine bowl appearances, and four of the program’s five bowl victories have come under his guidance.