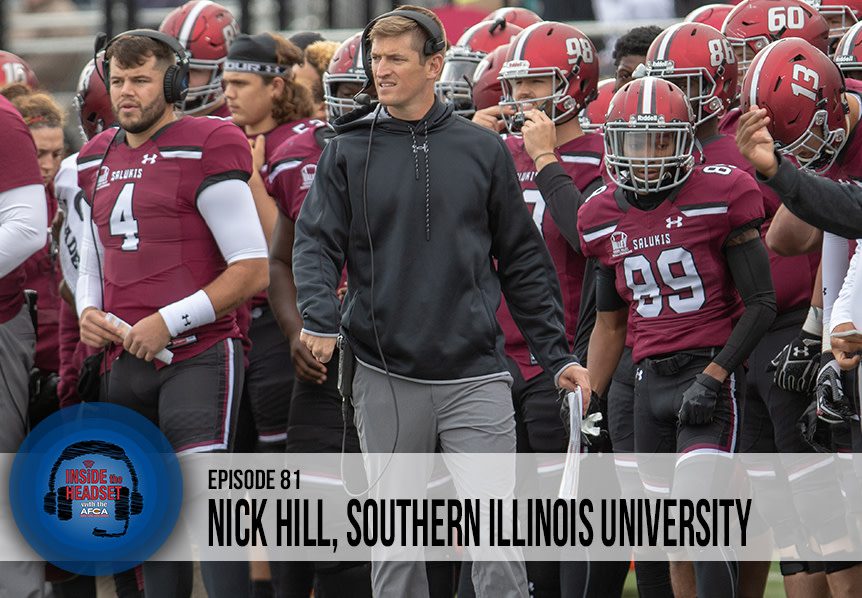 This week on Inside the Headset, we speak with Southern Illinois Head Coach Nick Hill. We discuss his offensive philosophy, some of his coaching influences, and we cover his journey from basketball player at Western Kentucky, to NFL quarterback, and now serving as the head coach at his alma mater.

Nick Hill’s coaching career began as head coach of Carbondale Community HS (IL) in 2013 after finishing a six-year career in professional football. From there, he joined the Southern Illinois University staff as quarterbacks coach in 2014, and he added the title of co-offensive coordinator in 2015. Following the 2015 season, Coach Hill was temporarily named interim head coach, but it wasn’t long before he was officially named SIU’s head coach in January of 2016. Hill was a member of the AFCA’s 35 Under 35 Coaches Leadership Institute in 2019.

You can follow Nick Hill on Twitter, and you can find out more about his efforts to support NubAbility.