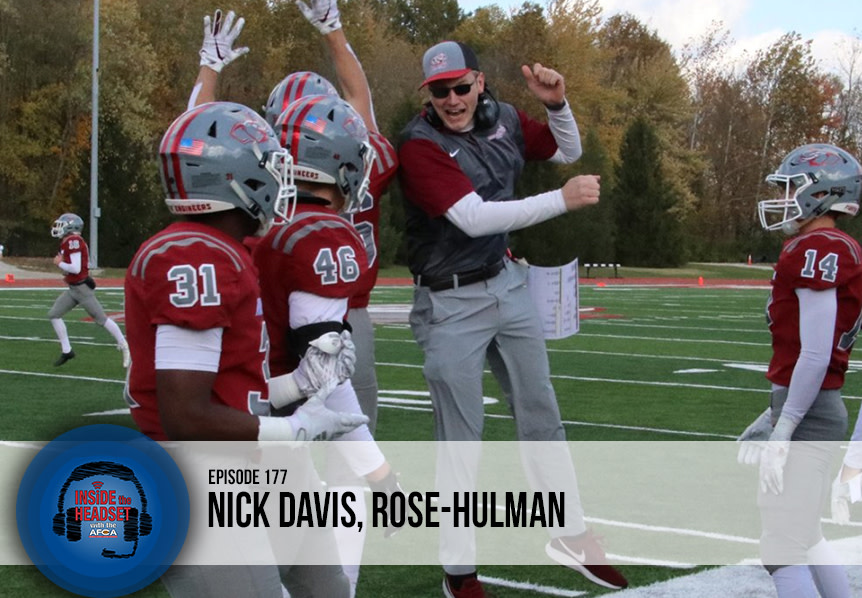 This week on Inside the Headset, we are featuring Rose-Hulman Defensive Coordinator Nick Davis. Coach Davis highlights the value of coaching Division III football, shares the significance of creating favorable matchups on the field, and discusses the importance of helping other coaches develop professionally.

Prior to his stint at Rose-Hulman, Davis spent two years at Ottawa University on the defensive side of the football, where he coached defensive backs in 2010 and linebackers in 2011. Davis also previously served as a strength and conditioning football intern at the University of Michigan and Western Illinois University in 2010.