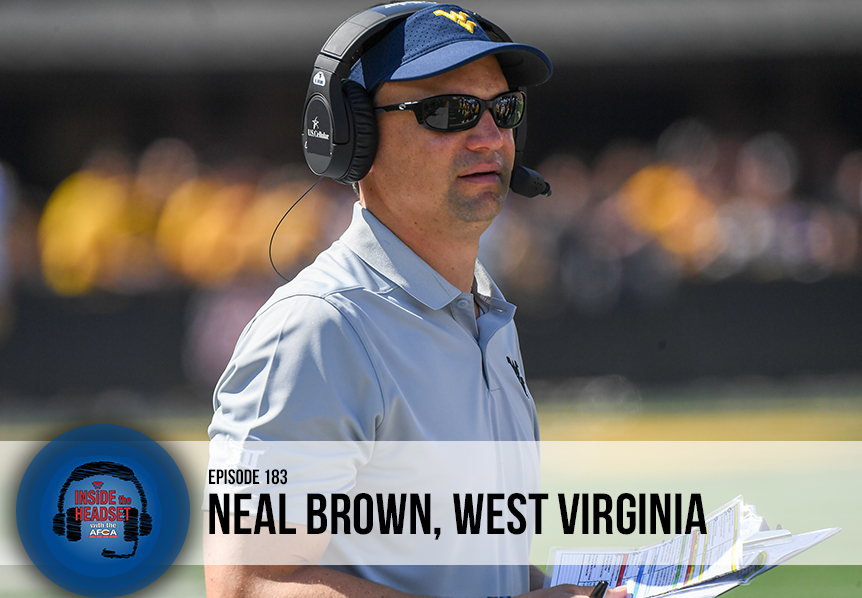 This week on Inside the Headset we are featuring West Virginia University Head Coach, Neal Brown’s session from the 2021 AFCA Virtual Convention. Coach Brown has been named the honorary head coach of the 2020 Allstate AFCA Good Works Team for his leadership in the Morgantown community and his commitment to education, developing future leaders, and giving back. During this session, Coach Brown shares the personal impact of Coach John Schlarman, discusses the importance of developing a plan, and highlights key principles that guide the Mountaineer football program.

Neal Brown is the head coach for the West Virginia Mountaineer football program. Brown has implemented a “5th-Quarter Program” for the team to assist in the development of the total player. The pillars of the program are character development, leadership development, real life, social responsibility and career development.

In September 2020, Brown was named the honorary head coach for the AllState AFCA Good Works Team, honoring him for his commitment to leadership, the Morgantown community and Mountaineer Nation as a whole.