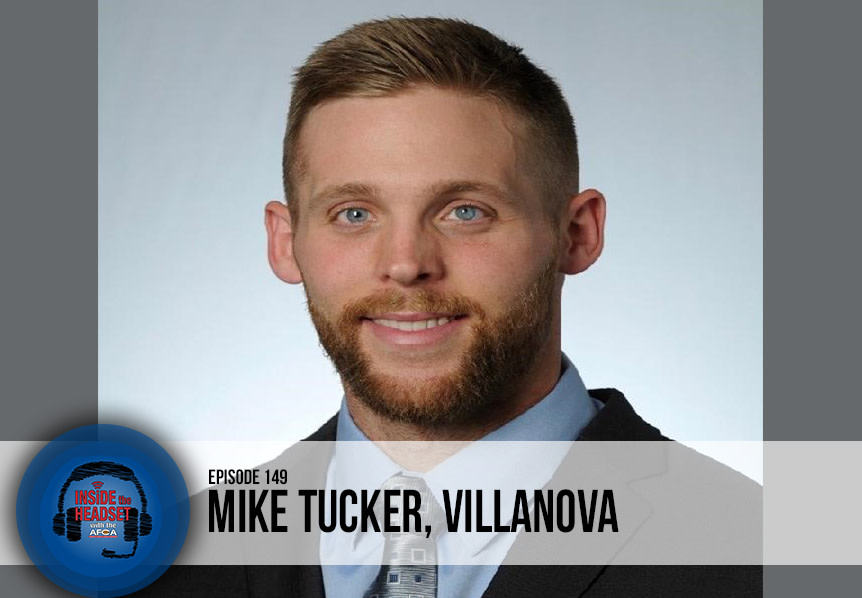 This week on Inside the Headset, we are featuring Villanova University Strength and Conditioning Coach, Mike Tucker. Coach Tucker shares his personal coaching journey, talks about the significance of transferability, and explains the importance of not “burning the cake” as athletes return to campus.

Prior to his stint at San Jose State, Tucker served a six-month internship at Clemson University where he helped coach baseball, track & field, and men’s & women’s soccer in the weight room and field training. He also spent a year at Kutztown University where he was both the head athletic performance coach and defensive line coach. In this role, he designed and implemented a year-round strength & conditioning program for the football team. In his two seasons at Kutztown, Tucker coached three defensive linemen to All-Conference honors.

He began his career in strength & conditioning at North Dakota State University as an athletic performance intern coach in August of 2014.

Tucker is a 2014 graduate of Holy Cross University, where he earned a Bachelor’s Degree in History and was a four-year letter winner in football, including a three-year starter at outside linebacker.