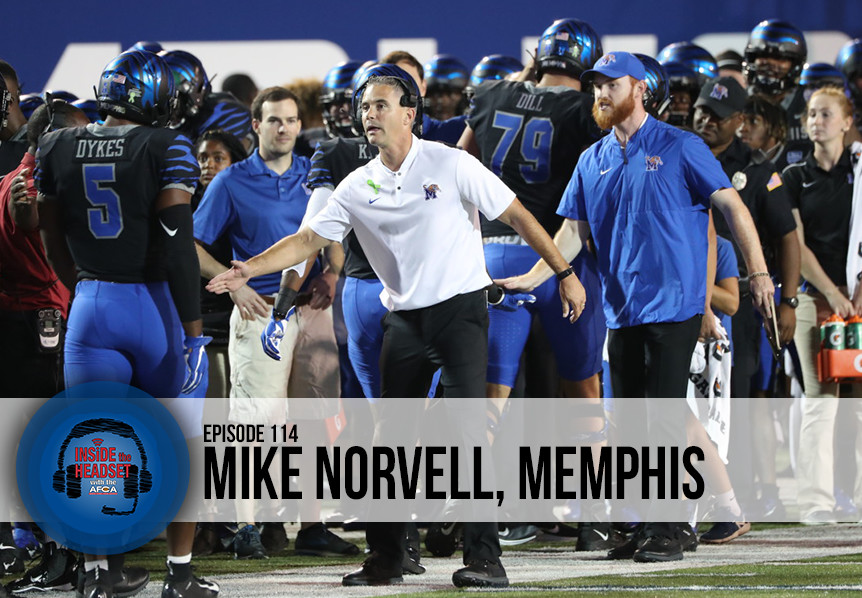 This week on Inside the Headset we are featuring Memphis Head Coach Mike Norvell’s General Session speech from the 2018 AFCA Convention in Charlotte. Coach Norvell shared what “climb” means to him, the three core values of his program, and the importance of giving yourself a structure for success.

Coach Norvell is in his fourth season leading the Memphis Tigers. He began his coaching career as a graduate assistant at Central Arkansas in 2006 after he finished his playing days there. In 2007, he joined the staff at Tulsa as a graduate assistant working with the wide receivers, but he was promoted to a full-time staff position the following season and added the title of Passing Game Coordinator. In 2011, Norvell was the Co-Offensive Coordinator for Pittsburgh before being named the Offensive Coordinator for Arizona State and later adding the role of Assistant Head Coach (2012-2015). On December 3, 2015, Norvell was named Head Coach for the Memphis football program.