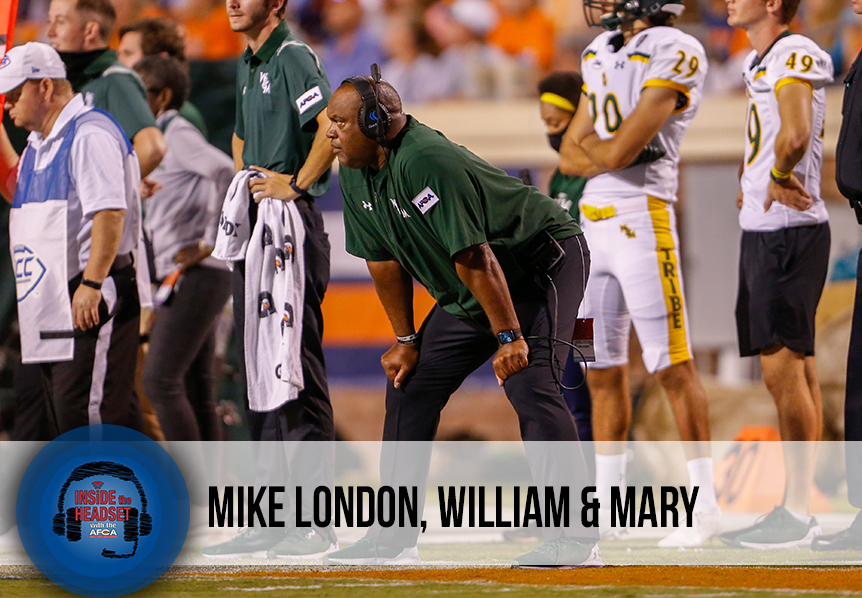 This week on Inside the Headset, we are featuring William & Mary’s Head Coach, Mike London. In this episode Coach London speaks on the importance of having a healthy work-life balance, highlights the offseason program he implemented to develop his players for beyond the field, and shares the benefit of cultivating relationships with high school coaches in your state.

Mike London is now entering his third year as head coach of the William & Mary football program. Under London’s leadership, the Tribe have dramatically improved in a number of offensive statistical categories prior to him being at the helm. London’s first season leading the Tribe provided a glimpse of the program’s bright future, as the squad concluded the 2019 campaign with wins in three of its final four games – including a Capital Cup victory at long-time rival Richmond in the season finale. Coach London has also lead his team to success off of the field as a program-record 69 players earned CAA Commissioner’s Academic Honor Roll Accolades during the fall semester.