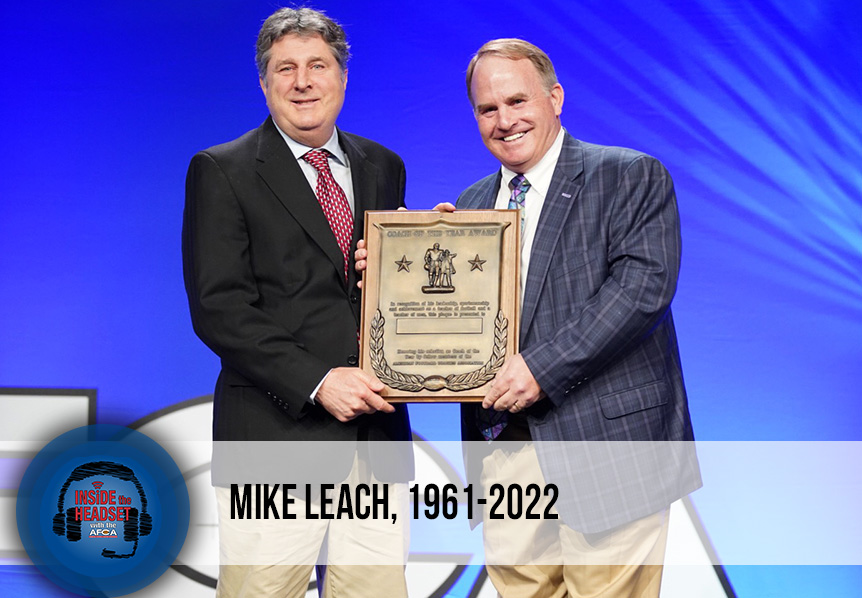 This week on Inside the Headset, we are honoring the life and legacy of Coach Mike Leach with his general session from the 2009 convention. Coach Leach was a pioneer in the game and the AFCA and the coaching community are better because of his impact.

One of the masterminds of the air raid offense and a pioneer for the coaching profession, Coach Leach’s impact helped inspire a change in college football offense and spurred on a new generation of coaches. He was a two-time national coach of the year, had a 158-107 (.596) record, and impacted many lives on and off the field. Coach Leach’s coaching tree spreads across the majority of Power 5 football as well as into the NFL with notable coaches such as Lincoln Riley, Dave Aranda, Dana Holgorsen, Sonny Dykes, Kliff Kingsbury, and Josh Heupel.

34:20 Control what you can control

35:45 You’re either coaching it, or allowing it to happen