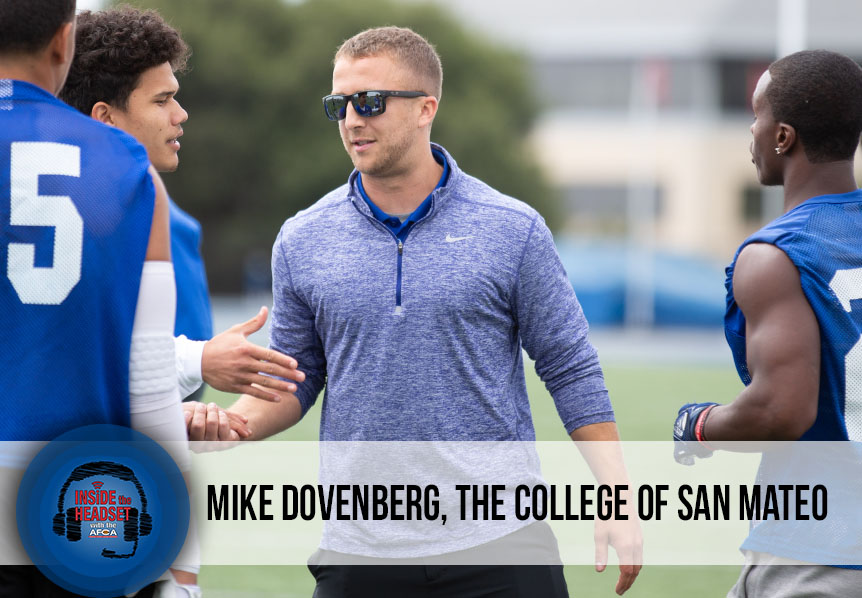 This week on Inside the Headset, we are featuring The College of San Mateo’s Offensive Coordinator & QB’s coach, Coach Mike Dovenberg. Coach Dovenberg was also part of the inaugural AFCA 35 under 35 class. Coach Dovenberg discusses his win against cancer, the unique experience and challenges of coaching players in junior college football, and where he gained a lot of his insight and guidance as a young coach in the profession.

Mike Dovenberg joined the CSM coaching staff in January 2017, after spending the previous three seasons as the Head Football Coach at Gavilan College in Gilroy, CA. During Dovenberg’s tenure at Gavilan from 2014-2016, over 40 players earned the opportunity to continue their football and academic careers with scholarships to four-year programs.

2:40 Perspective after diagnosis and cancer fight

15:35 Getting the right guys in the program and onto the next level