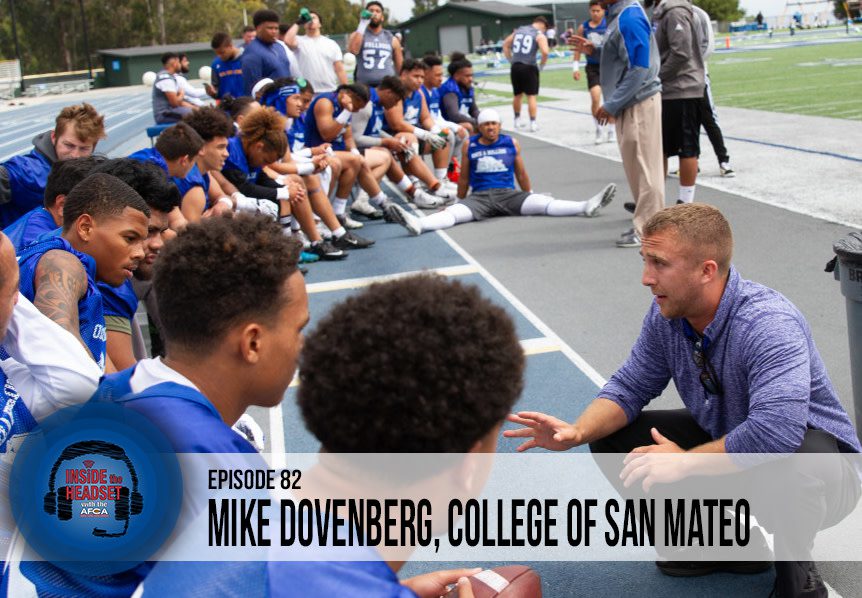 This week on Inside the Headset, we speak with Mike Dovenberg from College of San Mateo. We discuss his coaching background, including how he went on to become a junior college head coach at the age of 25. Coach Dovenberg was diagnosed with Leukemia in June of 2018–he fills us in on his fight with cancer, and he shares how he managed to coach last fall while undergoing chemo-therapy treatments.

Mike Dovenberg’s coaching career began as offensive coordinator at Patrick Henry HS (MN) while he was still in college (2009-2010). After graduating, he became the tight ends coach at Ellsworth College (2011), and he coached wide receivers for Kansas Wesleyan University (2012-2013). In 2014, he joined Gavilan College as the offensive coordinator, but he was promoted to head coach prior to the 2015 season. After three seasons leading the program at Gavilan, Coach Dovenberg joined College of San Mateo in 2018 as the special teams coordinator, and powerbacks and tight ends coach. Coach Dovenberg was a member of the AFCA’s 30 Under 30 program in 2014.