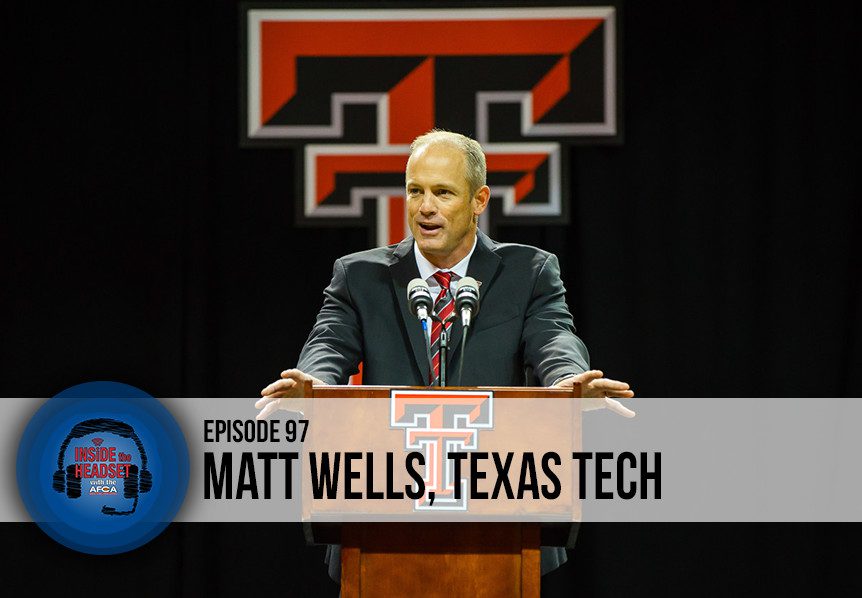 This week on Inside the Headset we speak with Matt Wells, Head Coach for Texas Tech University. We discuss taking over the Red Raider football program, transitioning his staff to a new school, and establishing his culture in a new environment.

Coach Wells’ career began at the Naval Academy, where he worked with quarterbacks, fullbacks, and receivers (1997-2001). From there he coached tight ends and was a recruiting coordinator at Tulsa (2002-2006), coached receivers and served as recruiting coordinator at New Mexico (2007-2008), and was the passing game coordinator and quarterbacks coach at Louisville (2009). In 2010, he returned to New Mexico to work with the receivers before joining the staff at Utah State in 2011. Wells’ eight-year stint at Utah State saw him begin as a quarterback coach, but he was quickly promoted to offensive coordinator in 2012, and was named head coach prior to the 2013 season. Wells was named head coach of the Texas Tech program following the end of the 2018 regular season.