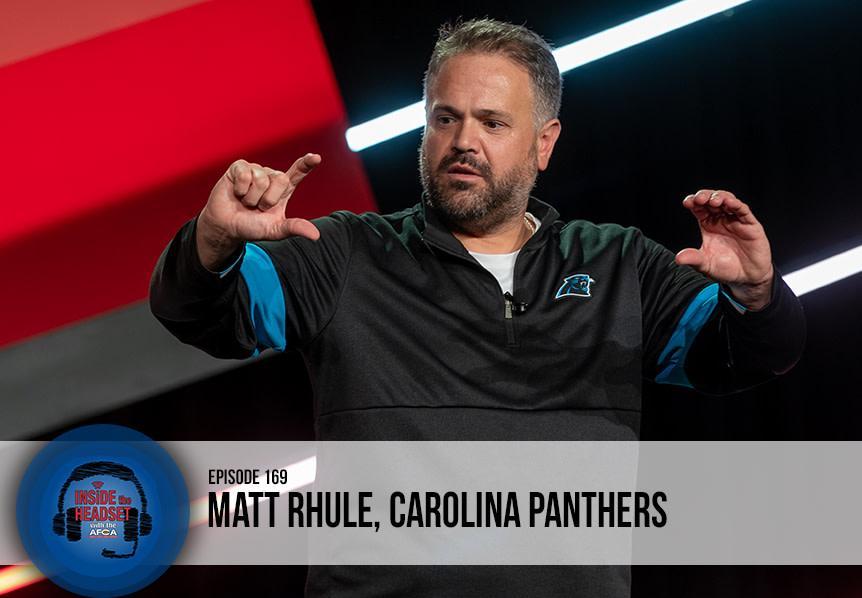 This week on Inside the Headset, we are featuring the Carolina Panthers’ Head Coach Matt Rhule’s general session from the 2020 AFCA Convention. Coach Rhule discusses the importance of developing a brand, highlights key components of a team, and shares the significance of coaching young people.

Matt Rhule joined the NFL’s Carolina Panthers after spending three seasons (2017-19) as the head coach at Baylor University. Rhule helped rebuild the Baylor program, guiding the team from a 1-11 finish in his first season to an 11-3 record and appearance in the Big 12 Championship and the Sugar Bowl in 2019. He was voted the Chuck Neinas Coach of the Year by his peers in 2019.

Rhule’s coaching resume also includes multiple stops at Temple University, where he served as the head coach (2013-16) and offensive coordinator (2008-11). Prior to taking over the offense reigns at Temple, Rhule mentored the defensive line (2006) and served as the Owls’ recruiting coordinator (2007). He has also served as an assistant offensive line coach with the New York Giants (2012).