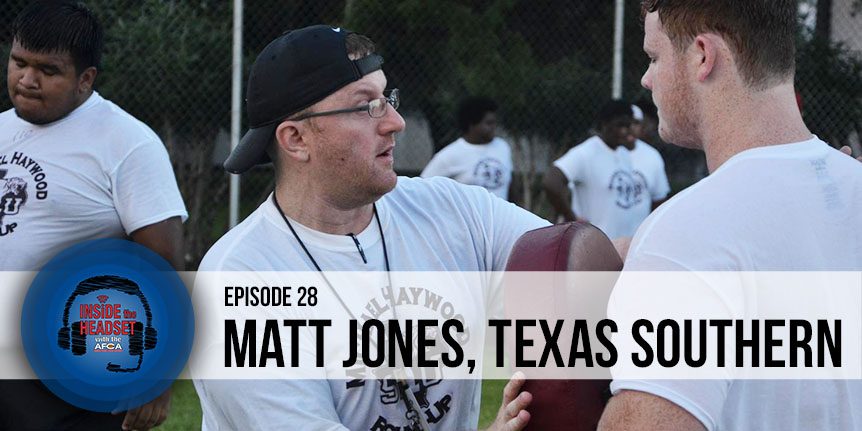 On this episode of Inside the Headset, we are joined by Matt Jones, run-game coordinator and offensive line coach for Texas Southern University, to discuss zone run scheme, his #LinemanLunch page, and of course, food.