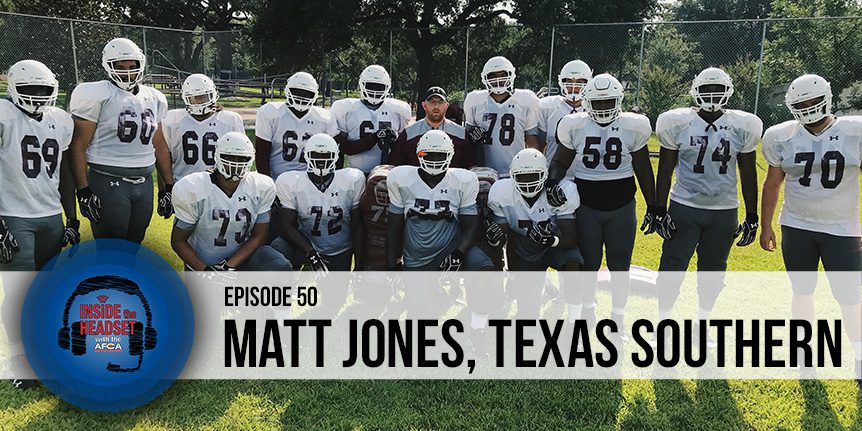 On this week’s episode of Inside the Headset we speak with Matt Jones, run-game coordinator and offensive line coach for Texas Southern University. This is Coach Jones’ second appearance on the podcast, and this time around we discuss inside zone run scheme, acclimating freshmen to the collegiate game, and learning how to “watch” the game as a coach, as well as share some of our most memorable press box experiences.