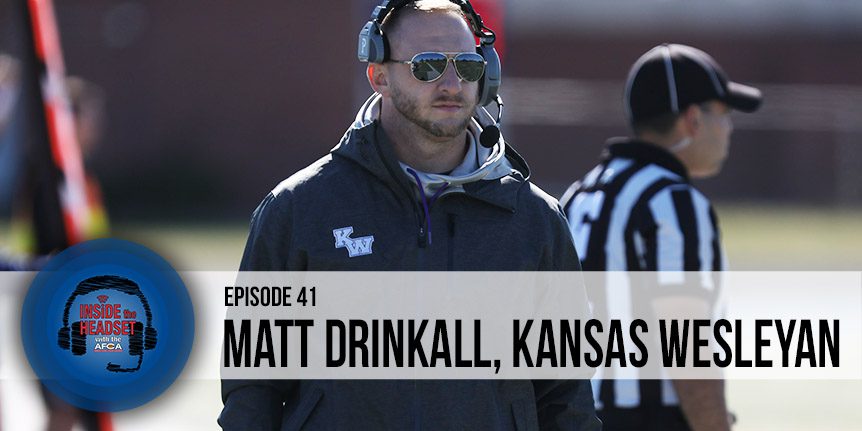 On this episode of Inside the Headset, we speak with Kansas Wesleyan University Head Coach Matt Drinkall about his “Power Spread” offensive philosophy, using efficiency cut-ups in game-planning, and get his take on the MJ versus LeBron debate.

After a career-ending injury as a player at the University of Iowa, Drinkall began his coaching career as a student assistant for the Hawkeyes (2001-2002). His first full-time position was coaching receivers and serving as the defensive coordinator at Bettendorf (Iowa) HS  (2003-2005). Coach Drinkall coached tight ends at Western Illinois (2006-2007), and while at St. Ambrose (2008-2013), he was able to coach receivers, the offensive line, and he had play-calling experience as the offensive coordinator. In 2014, Drinkall was hired as the head coach at KWU.