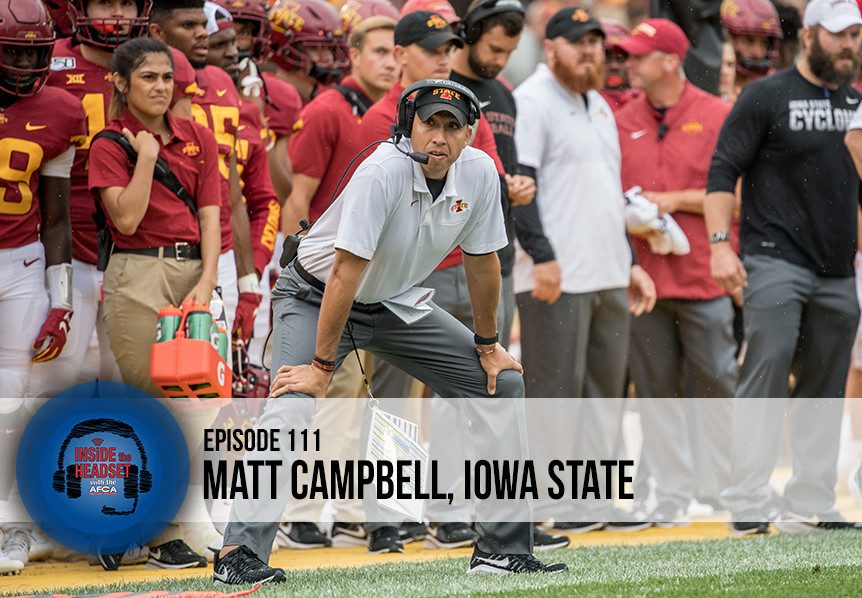 This week on Inside the Headset we speak with Matt Campbell, Head Coach at Iowa State University. We discuss his time playing for and working with Larry Kehres at Mount Union, the characteristics he looks for in assistants, and what he did to build his network as a young coach.

Coach Campbell is in his fourth season as the Head Coach of Iowa State, and was named the Big XII’s Coach of the year in 2017 and 2018. Campbell started out as a graduate assistant at Bowling Green (2003-2004) before joining the staff at his alma mater, Mount Union, as the offensive coordinator (2005-2006). He returned to Bowling Green for the 2007 and 2008 seasons coaching the offensive line, and then went to Toledo in 2009 to be the run-game coordinator and offensive line coach. He was hired as Toledo’s head coach for the 2012 season and led the program for four seasons (2012-2015).