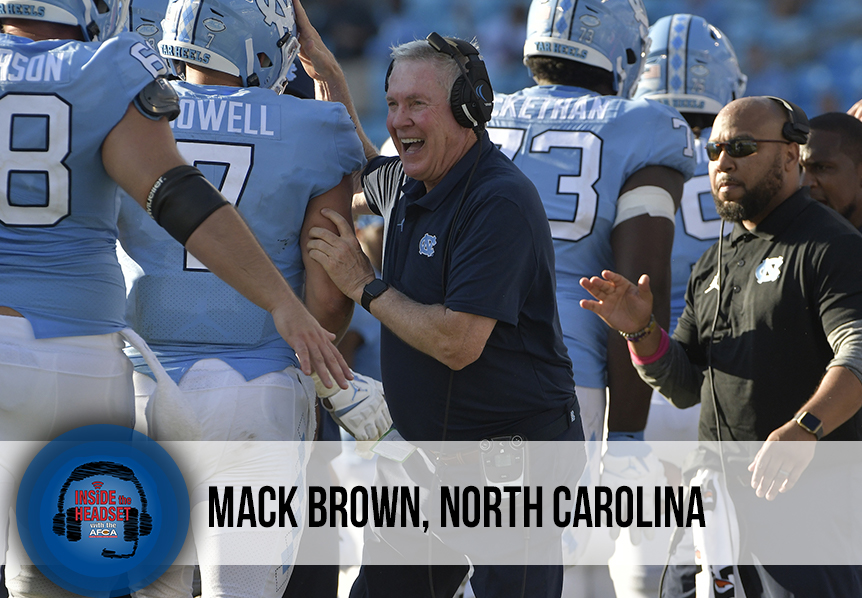 This week on Inside the Headset, we are featuring University of North Carolina Head Coach, Mack Brown. Coach Brown shares tips on how to be an effective communicator, explains what it takes to win at a high level, and highlights the importance of setting an edge every day within a program.

A 43-year veteran of collegiate coaching, Mack Brown has served as a head coach for 33 seasons with stops at Texas (1998-2013), North Carolina (1988-97, 2019-21), Tulane (1985-87), and Appalachian State (1983). Over his 33 seasons, Brown has posted a record of 259-132-1 (.662). In his first three years back at UNC, Brown has lead the Tar Heels to three bowl appearances including the Orange Bowl. Coach Brown experienced high levels of success while as the head coach at the University of Texas where he won the the BCS National Championship, another BCS National Championship Game appearance and three BCS Bowl wins.