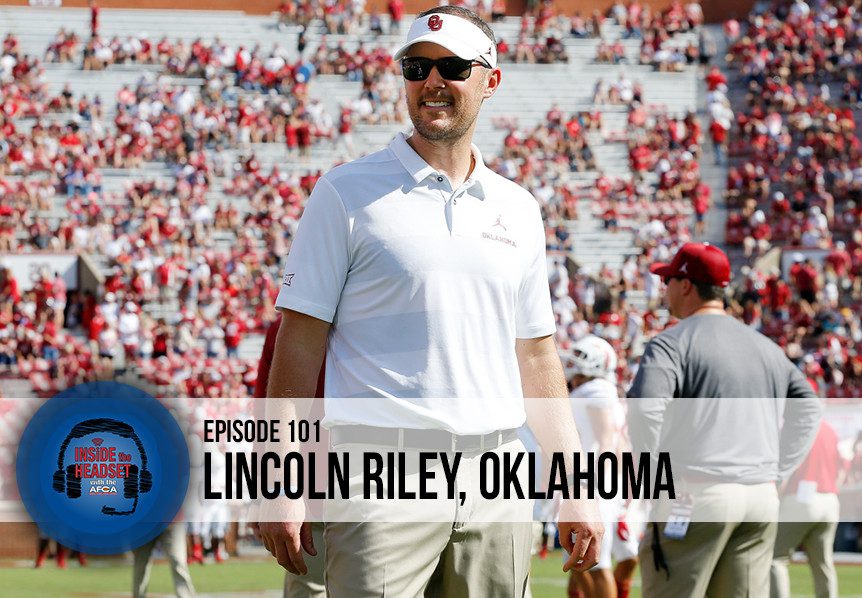 This week on Inside the Headset we speak with Lincoln Riley, Head Coach for the University of Oklahoma. We discuss his journey from player to full-time position coach at Texas Tech, and how he proved himself as a young coach on his way to taking over the Sooners’ program.

Coach Riley’s career began as a student assistant for Mike Leach at Texas Tech in 2003. After spending the 2006 season as a graduate assistant, he was promoted to an assistant coaching position in 2007 working with the wide receivers (2007-2009). From Tech, he went on to become the offensive coordinator and quarterbacks coach for East Carolina (2010-2014), adding the responsibility of assistant head coach in 2014. Riley spent the 2015 and 2016 seasons at Oklahoma serving as the offensive coordinator and quarterbacks coach. After the retirement of Bob Stoops in June of 2017, Lincoln Riley was named head coach, and he has led the program to back-to-back appearances in the College Football Playoff.