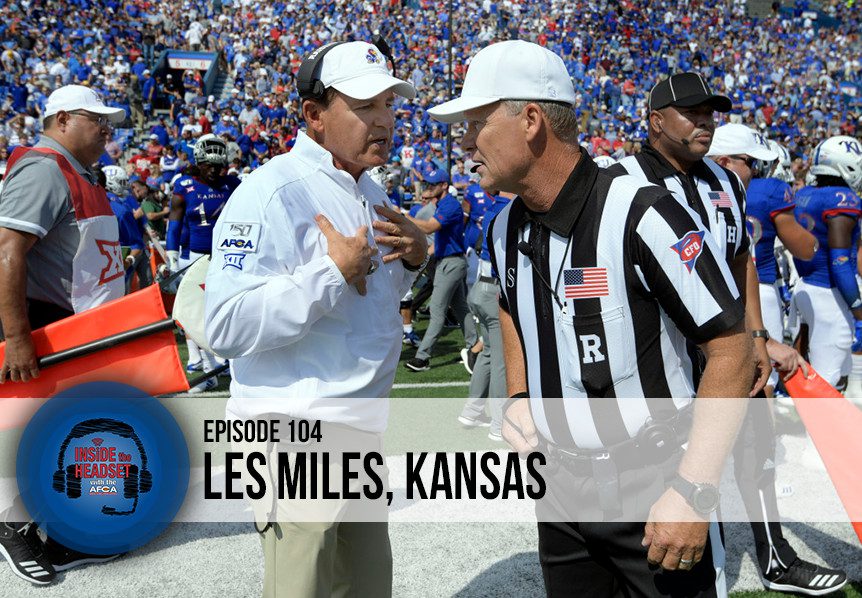 This week on Inside the Headset we speak with Les Miles, Head Coach for the University of Kansas. We discuss how he kept busy during his time away from coaching and the first steps he took when he got to Kansas.

Coach Miles’ career began at Michigan as a graduate assistant in 1980. After two seasons, he joined the Colorado staff as the offensive line coach (1982-1986). Miles then returned to Michigan as the offensive line coach in 1987, where he remained until he accepted the offensive coordinator job at Oklahoma State (1995-1997). From there, he coached the tight ends for the Dallas Cowboys for three seasons (1998-2000) prior to becoming the head coach at Oklahoma State (2001-2004). In 2005, Miles was named head coach at LSU, and he led the Tigers to a national championship victory in the 2007 season, and was named AFCA FBS Coach of the Year in 2011. After being out of coaching in the 2017 and 2018 seasons, Coach Miles was named head coach of the Jayhawks’ football program in November 2018.