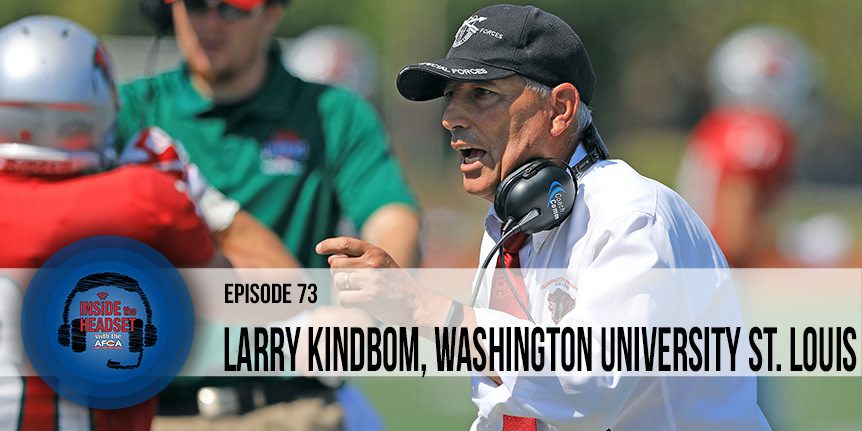 This week on Inside the Headset, we speak with Larry Kindbom, head coach of Washington University in St. Louis. Coach Kindbom was the Honorary Head Coach of the 2018 Allstate AFCA Good Works Team. We discuss his time as a GA for Woody Hayes, his Playbook of Champions letter project, and his annual coaches summit that organizes for football coaches from all around his region.

Coach Kindbom’s career began at Ohio State University in 1977 as a graduate assistant for Woody Hayes (1977-1978). Shortly after, he became a full-time assistant coach at the University of Akron (1979-1982). In 1983, Coach Kindbom accepted his first head coaching job at Kenyon College, and during his time there he also served as the head coach of the school’s baseball team (1983-1988). Kindbom was named head coach at Washington University in St. Louis in 1989, and in his 30 seasons leading the program, he has only had 5 losing seasons. He has over 200 career victories as a head coach, including 185 at WUSTL.