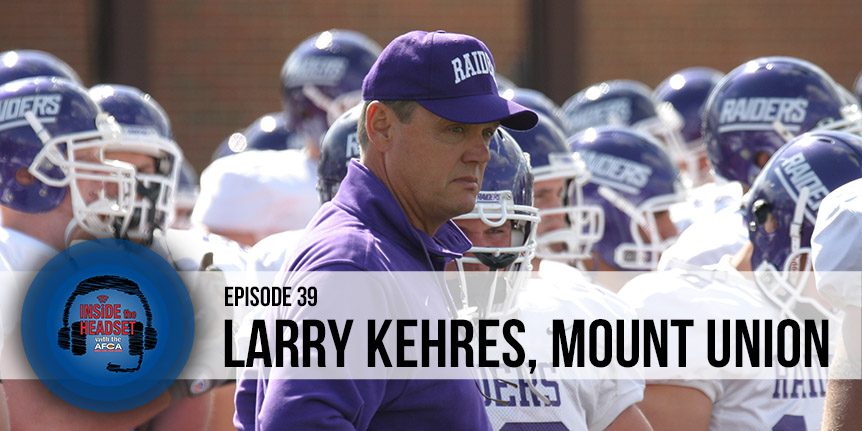 On this episode of Inside the Headset, we speak with Larry Kehres, former head football coach and current athletic director for Mount Union, to discuss some of his favorite memories from coaching, how leading a swim team made him a better football coach, and what he misses most about coaching.

Coach Kehres began his coaching career as a graduate assistant at Bowling Green (1971-1972) before becoming the head coach for Johnstown-Monroe HS in Ohio (1973). From there, Kehres joined the staff at Mount Union and served as the offensive coordinator until being named the head coach and athletic director in 1986. Prior to retiring from coaching after the 2012 season, Coach Kehres led the Purple Raiders to 11 national championships.

FYI: EVERY recruiting class from 1989-2017 (and counting) has at least 1 national championship. pic.twitter.com/eooNDMnE7u