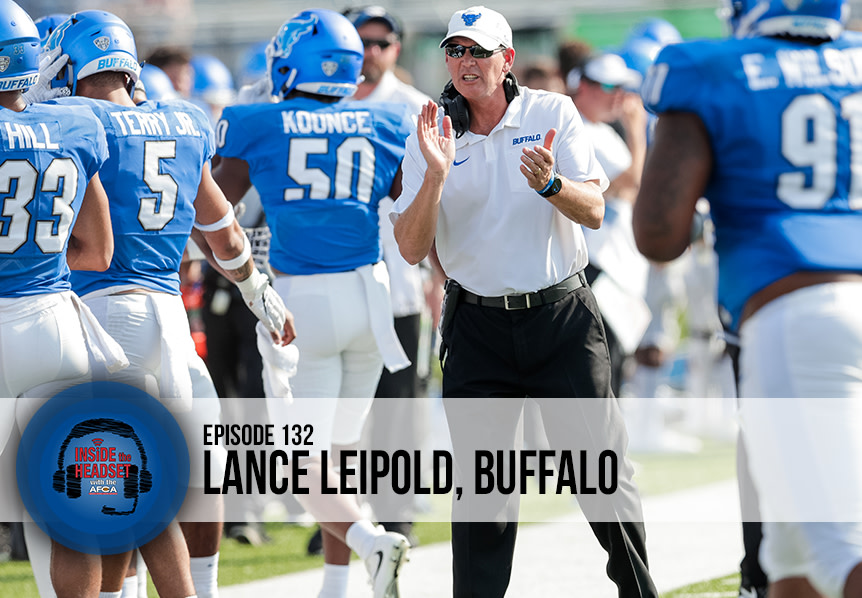 Lance Leipold is in his sixth season as the head football coach at the University at Buffalo. Leipold led Buffalo to its first-ever bowl win in 2019, defeating Charlotte, 31-9, in the Makers Wanted Bahamas Bowl. UB finished the 2019 campaign with a record of 8-5, its third straight season of bowl edibility and second straight bowl berth, both program firsts. Two of Buffalo’s four bowl berths in school history have come with Leipold at the helm. Leipold came to UB from Wisconsin-Whitewater where he compiled an astounding 109-6 record and won six Division III National Championships over his eight seasons. A six-time National Coach of the Year, Leipold reached 100 career victories faster than any other coach in NCAA history – at any level. Leipold also has had coaching stints at Nebraska-Omaha, Nebraska, Wisconsin, and Doane.