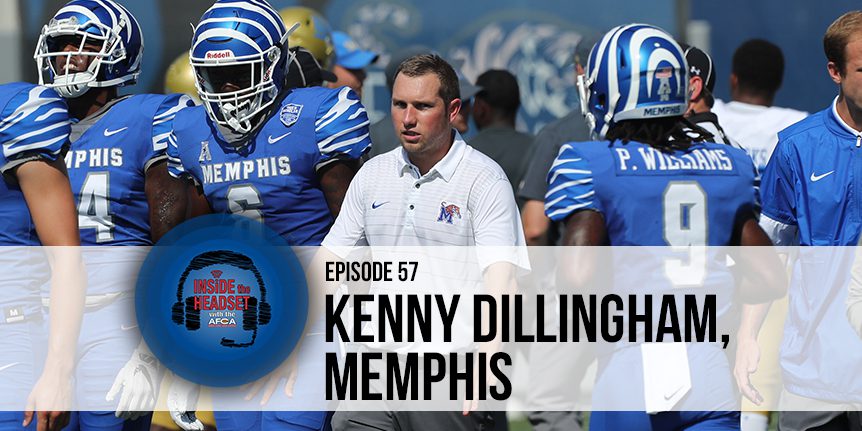 On this week’s episode of Inside the Headset we speak with Kenny Dillingham, offensive coordinator and quarterbacks coach for the University of Memphis. We discuss his time as a graduate assistant and how he prepared himself to become a coordinator; he also offers advice for high school coaches trying to transition to the collegiate level.

Coach Dillingham’s career began after a season-ending injury during his senior year of high school, and he became a junior varsity coach at the age of 17 for Chaparral (Ariz.) High School. While attending Arizona State University, Dillingham remained on staff at Chaparral and was eventually named the offensive coordinator. After meeting Mike Norvell during his stint at ASU, Dillingham joined the Sun Devils as an offensive quality control coach for one season (2014) before transitioning to an offensive graduate assistant role (2015). When Norvell was named the head coach at Memphis in 2016, Dillingham followed as a graduate assistant, but he was elevated to quarterbacks and tight ends coach in 2017. The 2018 season is his first as offensive coordinator for the Tigers.