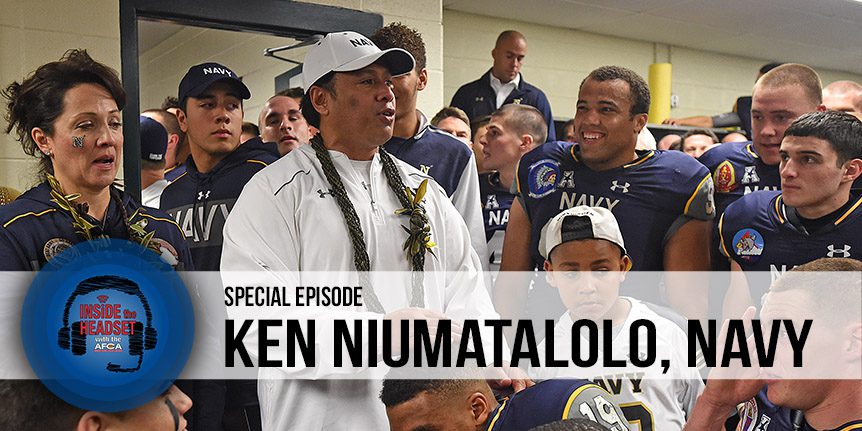 On this special Memorial Day edition of Inside the Headset, we speak with Navy Head Coach Ken Niumatalolo and AFCA Executive Director Todd Berry about the uniqueness of coaching at a service academy and what this day means to them.

Coach Niumatalolo got his start in the profession as a graduate assistant for the University of Hawaii before being named a full-time assistant (1990-1994). He then joined the staff at Navy as a running backs coach (1995-1996) prior to becoming the offensive coordinator (1997-1998). Niumatalolo spent two years at UNLV working with the tight ends and serving as the special teams coordinator (1999-2001) before returning to Navy in 2002 to coach the offensive line and serve as the assistant head coach. He was named head coach of the Midshipmen in 2007.