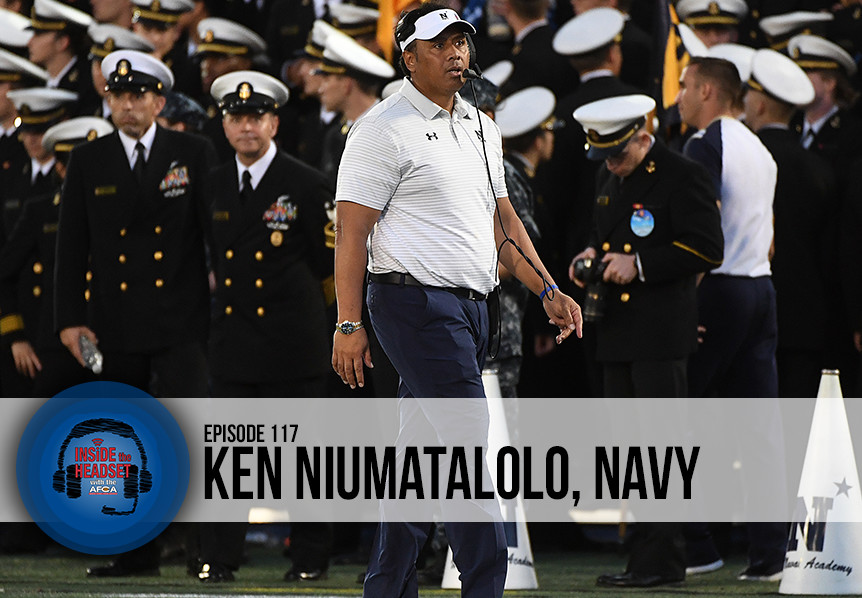 This week on Inside The Headset we have a special two-part episode in honor of the Army Navy game this upcoming weekend. Part two features Navy Head Coach, Ken Niumatalolo’s general session speech from the 2016 AFCA Convention in San Antonio, Texas. Coach Niumatalolo shares the importance of building a strong culture, the value of knowing the “what, how, and why” for your football program, and the importance of leading by example.

In his 11 seasons at the helm of the Navy football program and in his 21 years overall at the Naval Academy, head coach Ken Niumatalolo has engineered a program that has hit on all cylinders more often than not, since he took over the reigns at the end of the 2007 campaign. He started his coaching career at the University of Hawaii in 1990 after completing his playing career for the Rainbow Warriors (1990-1994). He then went to Annapolis for his first stint as the Running Backs coach (1995-1996) and Offensive Coordinator/Quarterbacks coach (1997-1998). He traveled west for three seasons as Tight Ends/Special Teams coach for UNLV (1999-2001). He came back to Navy in 2002 where he served as Offensive Line/Assistant Head Coach (2002-2007) before taking over the program in 2007.