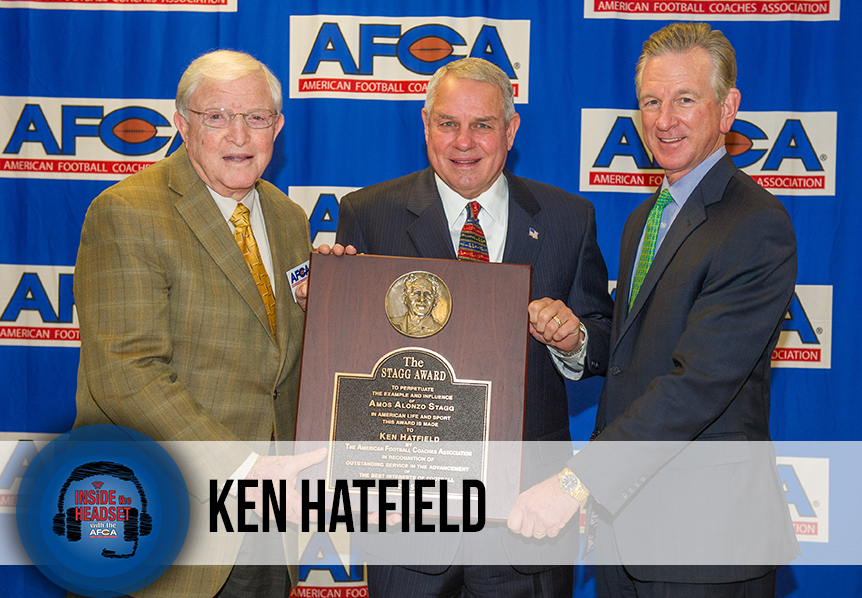 This week on Inside the Headset, we are featuring longtime Division I Head Coach, Ken Hatfield. Coach Hatfield highlights what inspired him to get into coaching, shares his personal philosophy for leading a football team, and explains why he enjoys attending the annual AFCA conventions.

Coach Hatfield began his college head coaching career at the United States Air Force Academy from 1979 to 1983. He gradually rebuilt a program that had struggled through most of the 1970s and laid the foundation for its success in the 1980s and early 1990s. Hatfield then moved to his alma mater, Arkansas, where he compiled a 55–17–1 record from 1984 to 1989. His teams won two straight Southwest Conference titles in 1988 and 1989, a feat that the Razorbacks had not accomplished since the early 1960s. After a successful coaching run at Arkansas, Coach Hatfield headed East where he took over as Head Coach for the Clemson Tigers. Hatfield coached at Clemson from 1990 to 1993, compiling an impressive 32–13–1 record and winning the 1991 ACC title.