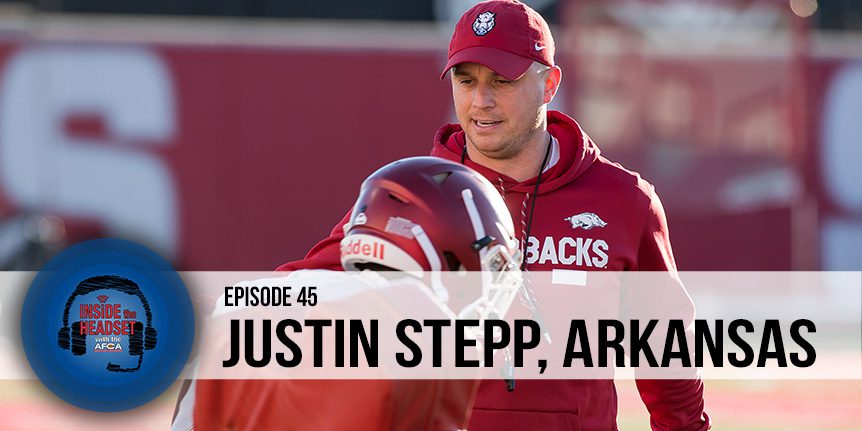 On this week’s episode of Inside the Headset, we speak with Arkansas Wide Receivers Coach Justin Stepp about his entry into the coaching profession, building relationships with players, and joining the Razorbacks coaching staff.

Stepp’s career began in 2007 when he coached wide receivers and served as the strength coach for Fort Mill (S.C.) High School. In 2008, he joined the staff at North Greenville University as the receivers coach and recruiting coordinator. Stepp then spent the next three seasons at Clemson serving as an offensive video graduate assistant (2009-2010) prior to becoming the offensive graduate assistant (2011) and working closely with Chad Morris. After coaching wide receivers for Appalachian State University (2012-2014), Stepp was hired by Morris at SMU (2015-2017). Following the 2017 season, he was a member of the AFCA’s 35 Under 35 Coaches Leadership Institute during the AFCA Convention in Charlotte, North Carolina. The 2018 season will be Stepp’s first year as the receivers coach for Arkansas.