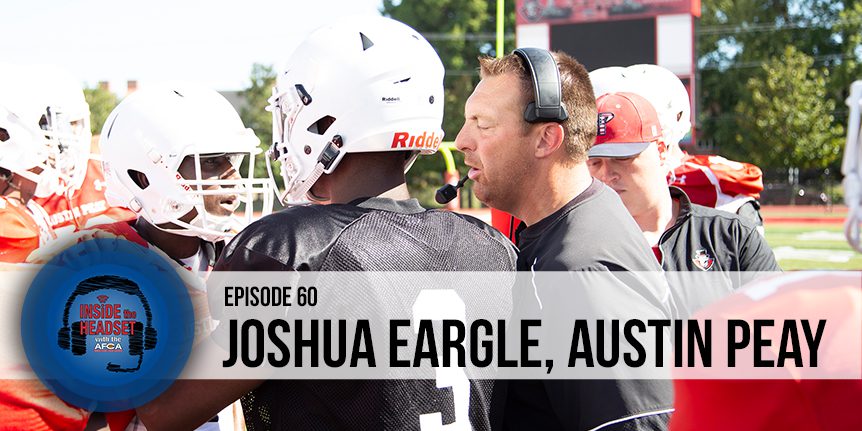 On this week’s episode of Inside the Headset we speak with Joshua Eargle, offensive coordinator and offensive line coach for Austin Peay State University. We discuss his diverse coaching background, the importance of establishing a winning program culture, the turnaround at Austin Peay, and how he balances coaching and family.

You can follow Joshua Eargle on Twitter. A GoFundMe page was started in August 2018 to help his family with medical bills for his daughter Landrey, and you can read more about her story on Kristen Eargle’s blog.