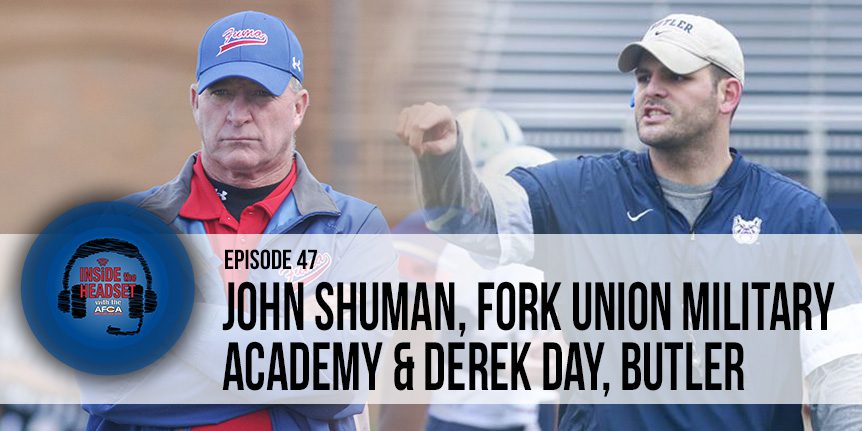 On this week’s episode of Inside the Headset, we speak with Fork Union Military Academy (VA) Head Coach John Shuman and Butler University Linebackers Coach and Recruiting Coordinator Derek Day.

John Shuman’s coaching career began in 1980 as an assistant coach for Fork Union. In 1987 he was named head coach of Fork Union’s postgraduate football team, and he is entering his 31st season leading the program. We discuss the prep school model, how he socializes new players in to his program, and teaching young men to be accountable.

Derek Day’s coaching career began in 2009 as a graduate assistant for Western Kentucky (2009-2011) before becoming a graduate assistant at Iowa State (2012-2014). He eventually joined the staff at the University of Tennessee as an assistant linebackers coach/ defensive quality control. In 2017 Day returned to Butler (his alma mater) as the linebackers coach. We discuss his philosophy for the coaching profession, returning to his alma mater, and advice for coaches.