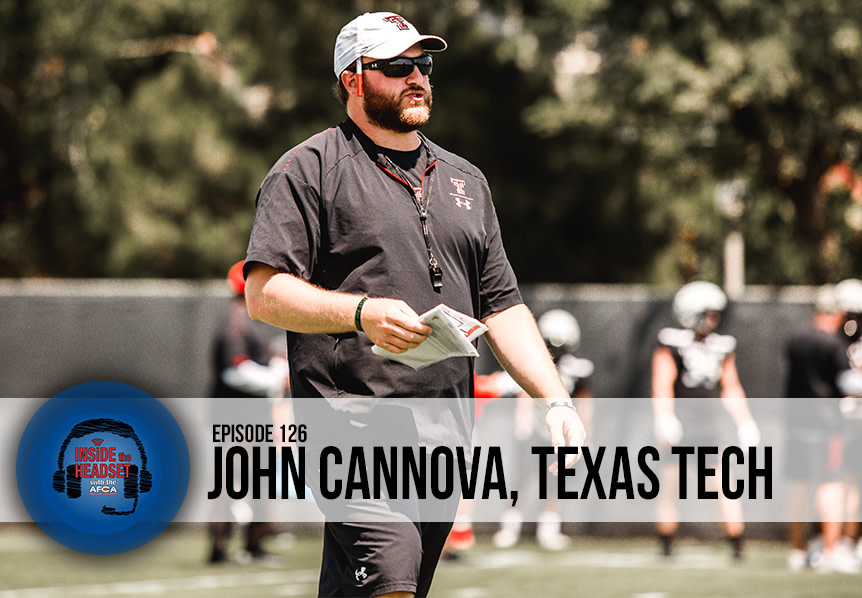 This week on Inside the Headset we are featuring Texas Tech Graduate Assistant, John Cannova. Coach Cannova discusses his path to coaching at the FBS level, the importance of personal development, and the significance of relationships within the industry.

John Cannova recently completed his first season as an offensive graduate assistant at Texas Tech where he worked primarily with the Red Raider offensive line. Before Texas Tech, Cannova served in a similar capacity the past two seasons at Utah State (2017-18). Prior to his arrival at Utah State, Cannova spent three seasons at St. Ambrose University in Iowa where he began as a graduate assistant (2014) before earning a promotion to offensive line coach a year later (2015-16). In addition to his coaching responsibilities, Cannova was also St. Ambrose’s academic coordinator throughout his tenure where he helped the football program record the highest team GPA in the NAIA for the 2014 and 2015 seasons. Cannova began his coaching career following a successful playing career at North Central College in Illinois. He was a three-year starter at offensive guard and center from 2011-13, pushing the Cardinals to three College Conference of Illinois and Wisconsin (CCIW) titles and three NCAA Division III playoff berths, including a semifinals appearance in 2013.