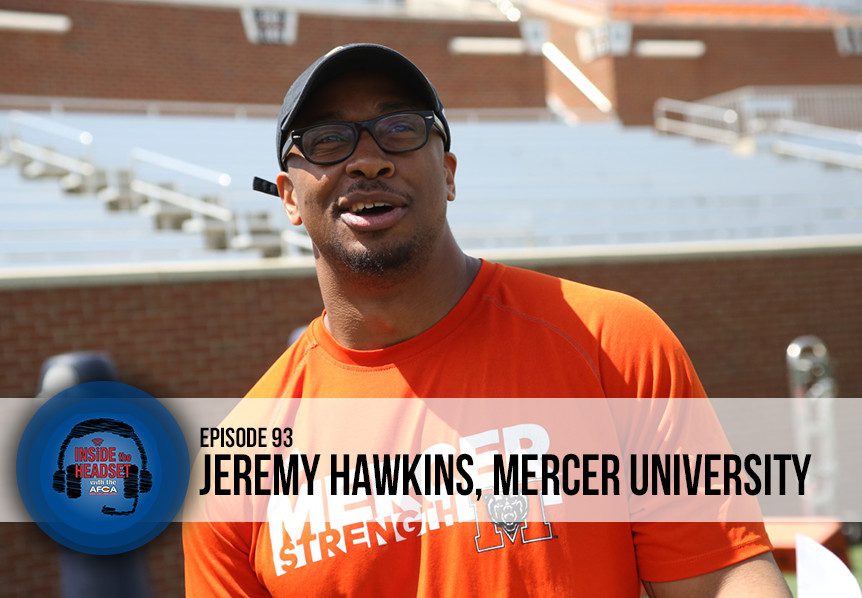 This week on Inside the Headset we sit down with Jeremy Hawkins, defensive line coach at Mercer University. We discuss his journey through the coaching profession, which includes experiences at the high school, NAIA, Division II, FCS, and FBS levels.

Coach Hawkins’ career began as a graduate assistant at Troy in 2010. His first full-time position was working with the running backs and tight ends at Central Oklahoma in 2011. He then became the defensive coordinator at Dublin HS (GA) for two seasons (2012-2013) before returning to the college level as the head coach at Middle Georgia State in 2014. Hawkins joined UAB during their rebuilding phase in 2015 as a defensive analyst and remained on staff through their return to football in the 2017 season. In 2018, Hawkins served on LSU’s staff as the assistant director of player personnel. Coach Hawkins joined Mercer in the 2019 offseason as the defensive line coach.