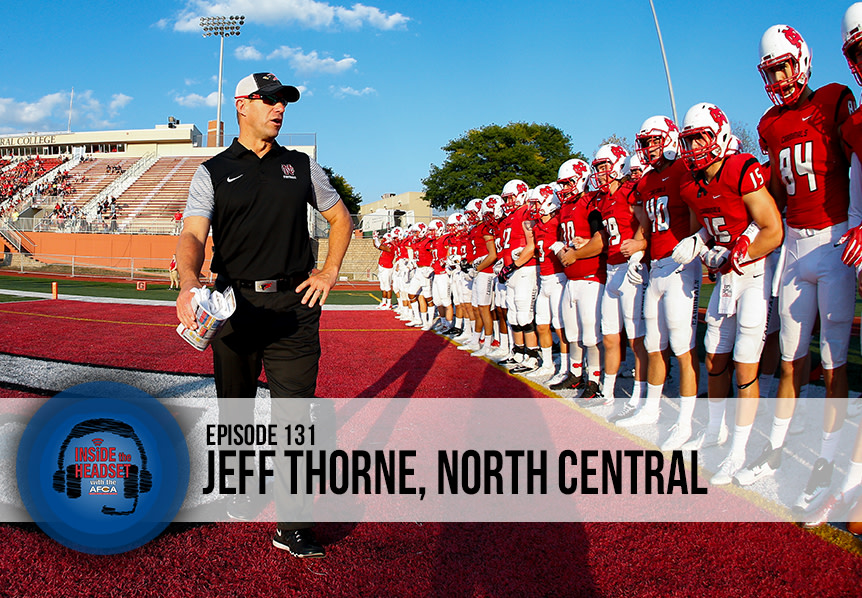 This week on Inside the Headset we speak with North Central College Head Coach, Jeff Thorne. We discuss his transition from the financial sector into coaching, the secrets behind the Cardinal’s winning culture, as well as the meaning behind the program’s “Chase the Lion” mantra.

Jeff Thorne has been at North Central since 2002 and became the program’s head coach in 2015. In his 5 seasons as head coach, Thorne has led the Cardinals to a combined record of 52-9, including a 37-4 record in the College Conference of Illinois & Wisconsin (CCIW). In 2019, North Central won the program’s first-ever National Championship after defeating Wisconsin-Whitewater 41-14 in the Stagg Bowl. Coach Thorne was most recently named the D3football.com National Coach of the Year (2019), as well as the AFCA Region 4 Coach of the Year (2016), CCIW Bob Reade Coach of the Year (2016), and was a finalist for the Division III Coordinator of the Year Award (2013). Thorne was an NCAA Division I-AA Preseason All-America at Eastern Illinois (1993), two-time All-Gateway Conference selection (1991 & 1992), and an All-State quarterback at Wheaton Central High School (1989).