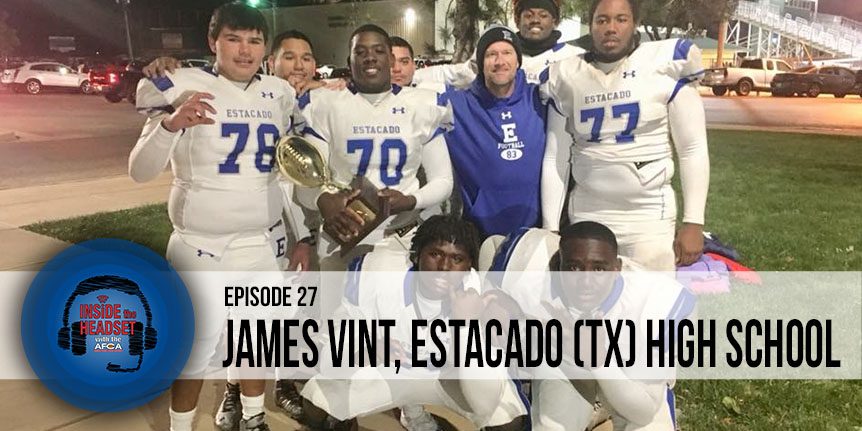 On this episode of Inside the Headset, we are joined by James Vint, offensive line coach for Lubbock Estacado HS (Texas), to discuss RPOs, coaching clinics, and building mental toughness in players.