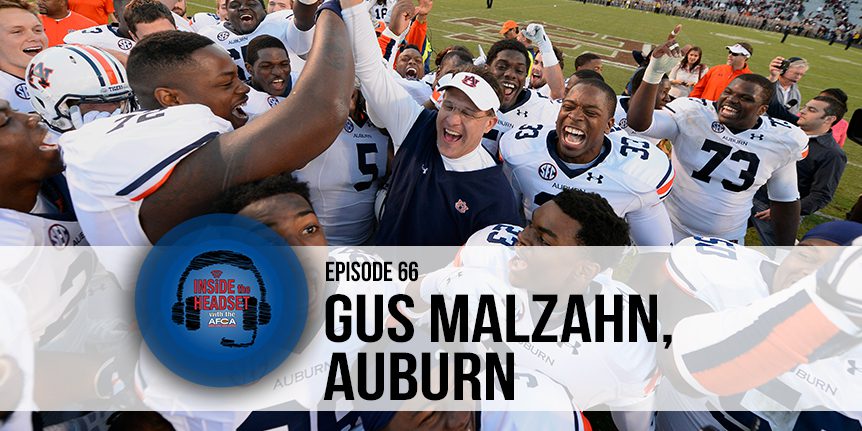 This week on Inside the Headset, we are featuring Auburn University Head Coach Gus Malzahn’s General Session at the 2018 AFCA Convention in Charlotte. During the speech, he details his career path, which began as a high school coach in Arkansas, and he explains his coaching philosophy, including the identity of his offense.