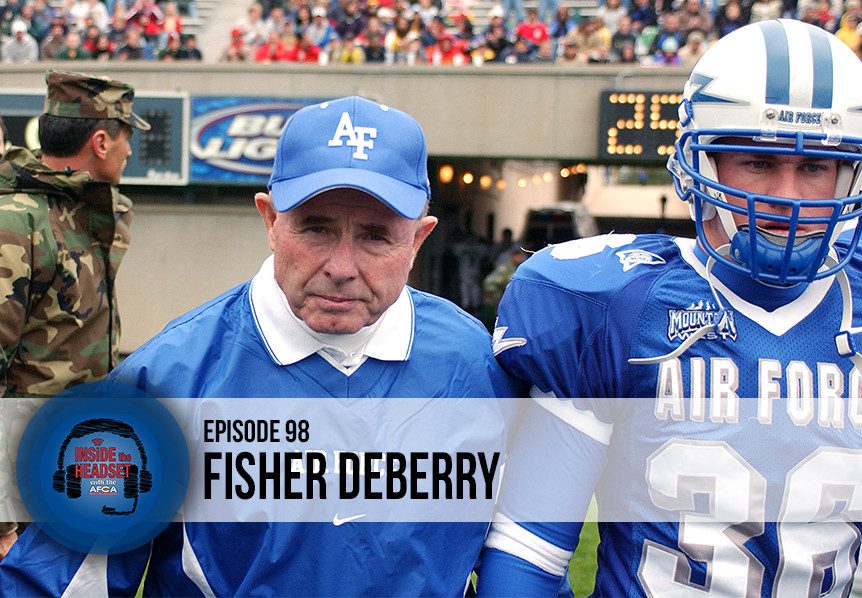 This week on Inside the Headset we speak with Fisher DeBerry, former Air Force head coach. We discuss what motivated him to become a coach, the changes he saw in football over his nearly 50-year coaching career, and his advice for coaches.

Coach DeBerry’s career began at Bennettsville HS (SC) as an assistant coach in 1962. He then spent the next six seasons as an assistant at Florence McClenaghan HS (SC) before joining the staff at Wofford College (1969-1970). Coach DeBerry also served as an assistant for Appalachian State (1971-1979), and in 1980, he was hired as the quarterbacks coach at Air Force. He was quickly promoted to offensive coordinator (1981-1983), and in 1984, DeBerry was named head coach–where he remained until his retirement following the 2006 season. Coach DeBerry served as AFCA President in 1996 and was inducted into the College Football Hall of Fame in 2011.