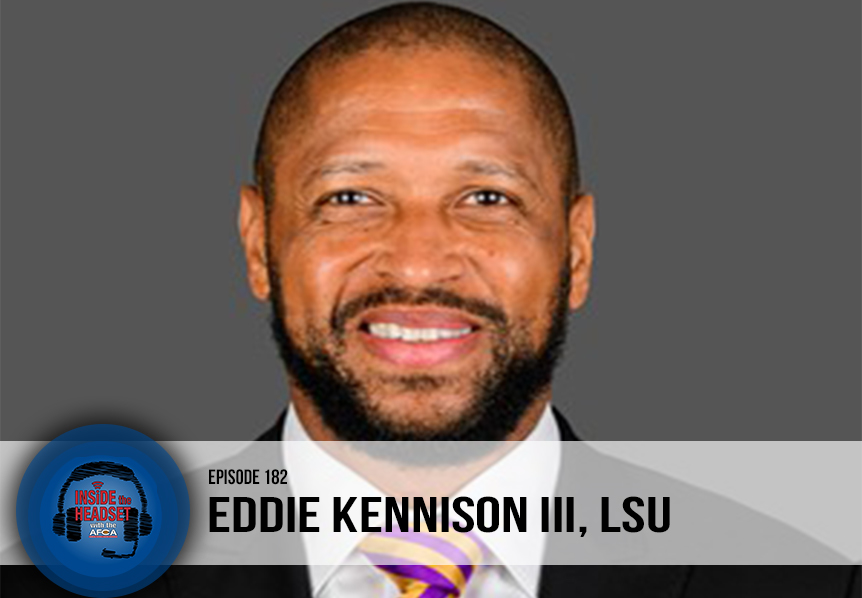 This week on Inside the Headset we are featuring LSU’s Director of Player Development, Eddie Kennison. Kennison discusses the importance of player development, shares the impact of social media in college football, and highlights the value of developing relationships with players and coaches.

Eddie Kennison is the Director of Player Development for the LSU football team, where his primary role is to mentor the student-athletes. Prior to LSU, Kennison was a 12-year NFL veteran, where he spent time with multiple teams, including the St. Louis Rams and Kansas City Chiefs, before retiring in 2008.

During Eddie’s collegiate playing days with LSU, he was a member of both the track and field squad and football team. As a sprinter on the track team, Kennison was a six-time All-American selection and helped LSU compete in the 1994 NCAA Outdoor Championship. On the gridiron, Kennison was one of the top receivers in college football which earned him a first-round draft pick in 1996 NFL Draft.