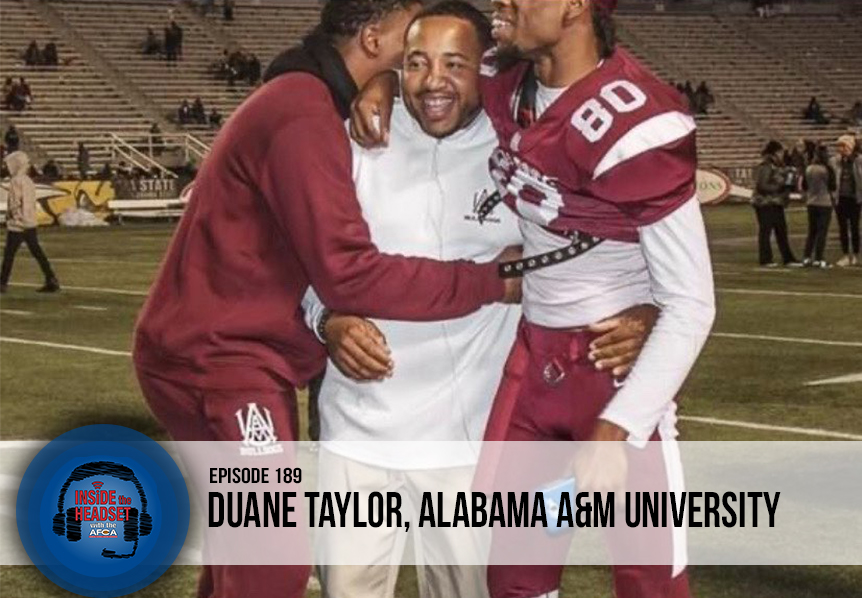 This week on Inside the Headset, we are featuring Alabama A&M’s Offensive Coordinator, Duane Taylor. Coach Taylor discusses how to coach with confidence, highlights the importance of learning from other coaches, and gives his philosophy for coaching the receiver position.

Duane Taylor recently completed his third season as the offensive coordinator for the Alabama A&M football program. This past season, Coach Taylor helped lead the Bulldogs to their second ever SWAC National Title where they finished the season with a perfect 5-0 record. Prior to Alabama A&M, Taylor spent two separate stints at Hampton University where he began as the passing game coordinator and eventually became the Offensive Coordinator for the Pirates. In between his two stints at Hampton, Coach Taylor was the Offensive Coordinator at Fayetteville State University.

Coach Taylor was a four-year lettermen while playing quarterback at Winston-Salem State University. While playing under center, Taylor led FSU to back-to-back CIAA Championships in 2002 and 2003 in addition to holding over 25 school records.