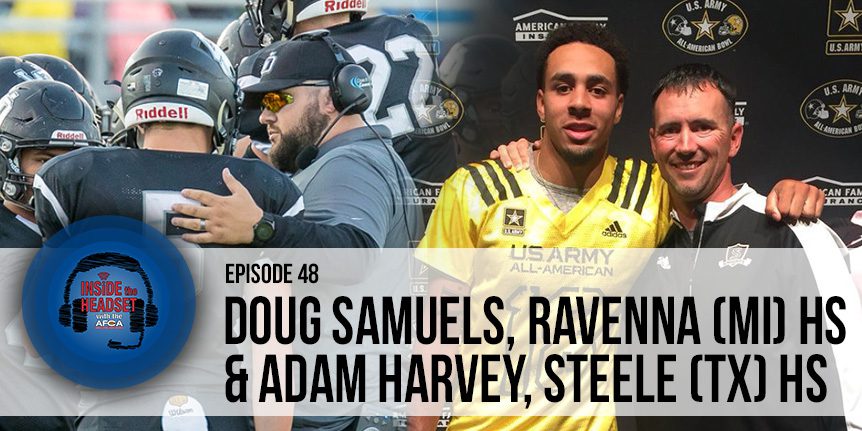 On this week’s episode of Inside the Headset we speak with FootballScoop Content Manager and Ravenna (MI) HS Head Coach Doug Samuels and Cibolo Steele (TX) HS Defensive Backs Coach Adam Harvey. Coach Samuels is entering his first season as a head coach, and he talks about putting his stamp on the Ravenna program while also working for FootballScoop. Coach Harvey shares his views on the concepts of failure and grit, and he discusses how Steele bases defensively out of Cover 2.

Adam Harvey’s coaching career began on the basketball court for New Creations (IN) HS in 2003. In 2005, he and his wife uprooted when he accepted a middle school coaching position at San Antonio (TX) Academy, where he remained for eight years (2005-2013). Harvey then joined the coaching staff at Steele (TX) HS where he currently works with the defensive backs and special teams.