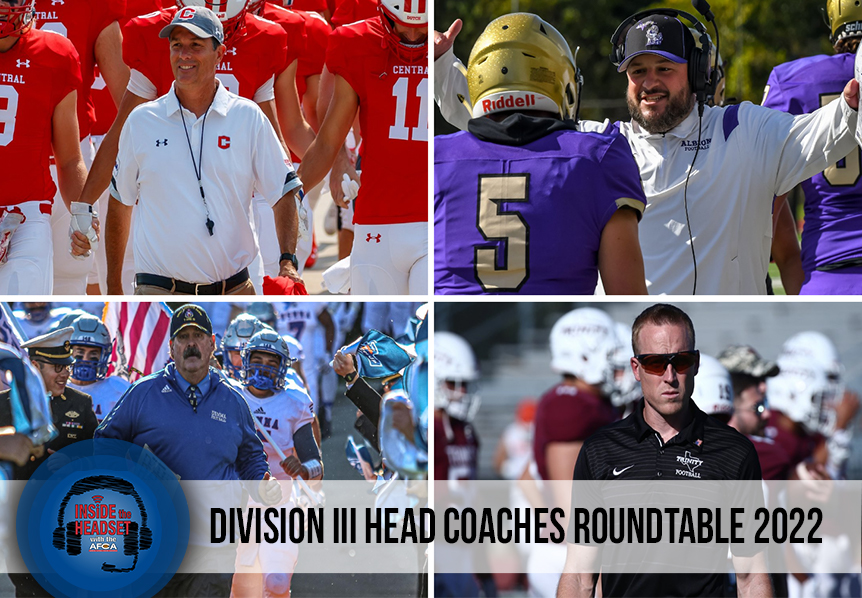 Mike Toop recently completed his 17th and final season as the head coach of the U.S. Merchant Marine Academy since he announced his retirement at the conclusion of the season. A former graduate of the USMMA, Coach Toop led his team to six straight winning seasons in his final years including three bowl wins since 2017. During his tenure at the Academy, Toop received the Power of Inspiration Award, Coach of the Year Award, and the Captain James Liebertz Memorial Award. Toops 45 year coaching career included stops at Davidson, UCONN, Penn, Colgate, Union, and Albany.

Jerheme Urban was appointed head coach of the Tigers in November 2013 and has chalked up a record of 41-23 over the last six seasons. He stands at 21-7 in the Southern Athletic Association (SAA), which Trinity joined prior to the 2017 season. The 2021 season saw the Tigers go 9-1 and reach the Division III playoffs. Coach Urban brought a wealth of National Football League experience back to Trinity when he joined the staff in 2012. During his nine-year NFL career, the talented wide receiver played for the Seattle Seahawks, Arizona Cardinals (including the 2008 Super Bowl team), and Kansas City Chiefs.

Dustin Beurer was named the head coach of Albion College in 2018 after completing 10 seasons on the Albion coaching staff. Entering his fourth season in the fall of 2022, Beurer currently holds a 20-4 overall record in addition to two MIAA Conference Titles. Coach Beurer served as the assistant head coach, offensive coordinator, and recruiting coordinator in addition to overseeing the offensive linemen for Albion before becoming the head coach. Prior to Albion, Beurer had a brief stint at Morehead State as the teams’ tight ends and fullbacks coach.

Jeff McMartin who took over for Central College in 2004, has posted a glossy 140-43 record and is among the winningest active NCAA Division III coaches in career winning percentage. He’s a five-time conference coach of the year, was named an AFCA Division III regional coach of the year in 2007 and 2021, and the D3football.com regional coach of the year in 2021. McMartin’s squads have posted four undefeated regular seasons, with a 28-game regular-season win streak from 2006-08. Under his leadership, the Dutch have finished in the top three in the league 16 times in 17 years. Prior to Central, McMartin has had coaching stops at DePauw University, Beloit College, the University of Rochester among other schools.