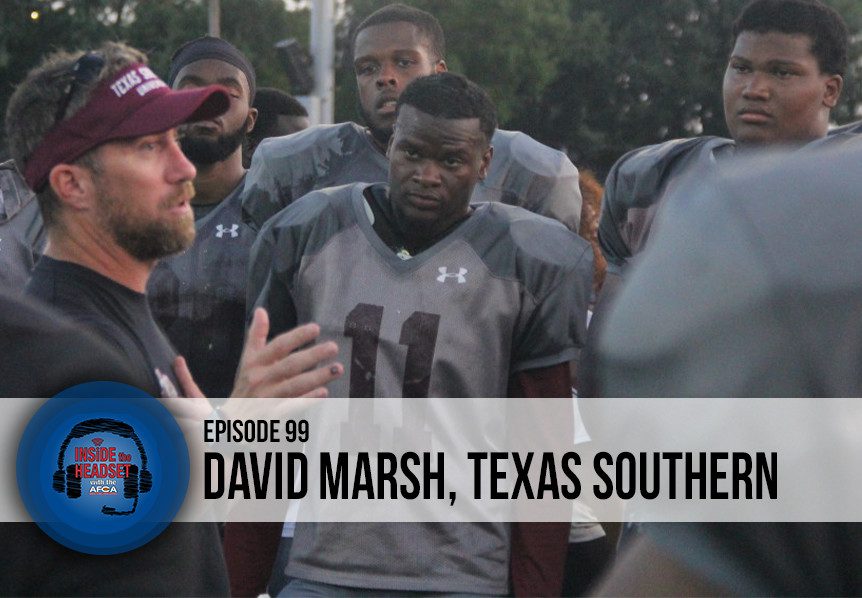 This week on Inside the Headset we speak with David Marsh, Offensive Coordinator for Texas Southern University. We discuss why he joined the Marine Corps, how he got into coaching, and his unusual path to climbing the ladder in the coaching profession.

Coach Marsh’s career began as an assistant at Mesquite HS (AZ) in 2008, after he completed five years of service as a member of the United States Marine Corps. Following his three years at Mesquite, Marsh spent the 2011 and 2012 seasons at Saguaro HS (AZ) before becoming a graduate assistant at UCLA (2013-2015). He went on to work as an offensive assistant at Texas A&M in 2016, and in 2017, Marsh was named the offensive coordinator for Campbell University (2017-2018). He accepted the offensive coordinator position for Texas Southern University following the 2018 season.