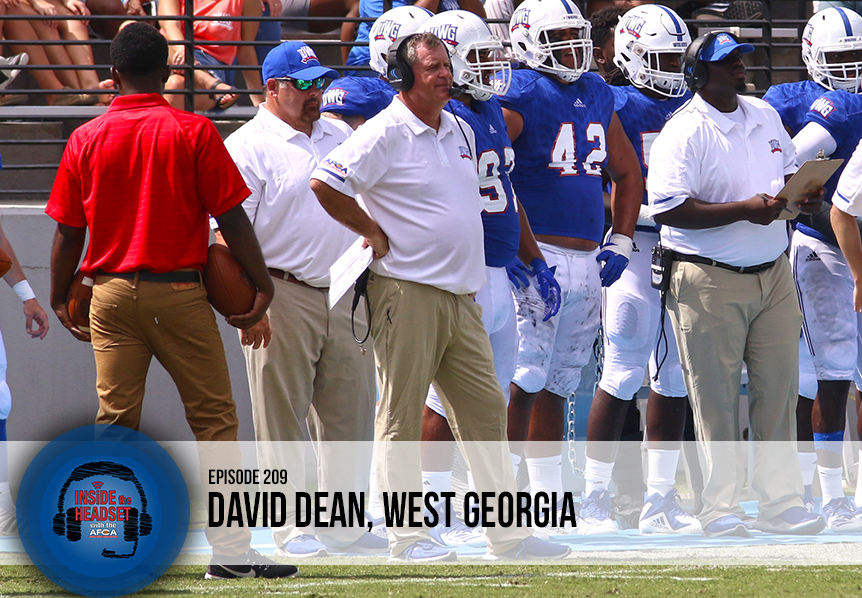 This week on Inside the Headset, we are featuring West Georgia Head Coach, David Dean. Coach Dean shares why he loves coaching in the state of Georgia, highlights how he builds a positive team culture within his program, and shares his personal experience with the AFCA.

David Dean is currently in his fifth season as the Head Coach of WGU, returning to a program that he helped win two Gulf South Conference championships and take three trips to the NCAA Playoffs as an assistant in the 1990s. Since returning to the WGU sidelines, Coach Dean has continued the success of the program and has led the Wolves to multiple Division II playoff appearances while producing numerous All-Americans. In the second week of the season in 2019, Coach Dean rewrote history, becoming the third coach in Gulf South Conference history to record 100 wins.