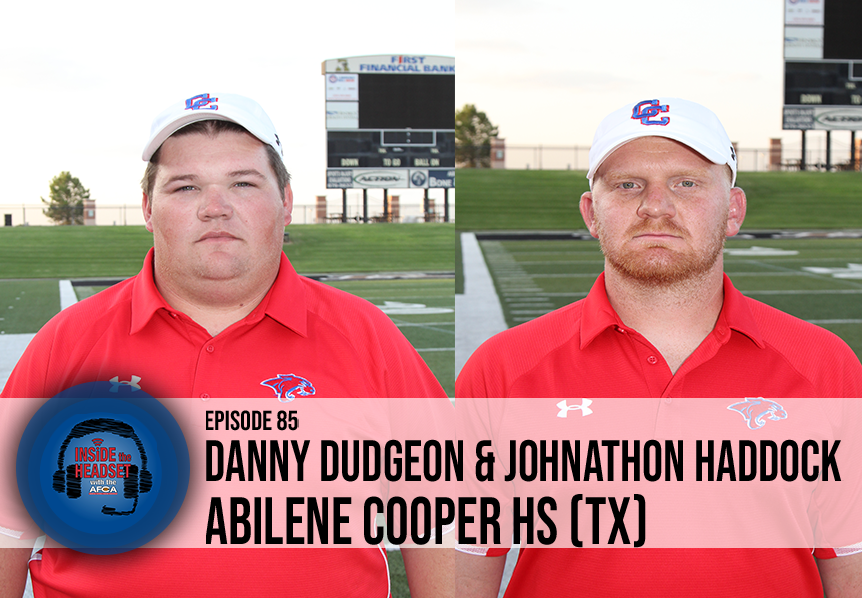 This week on Inside the Headset we speak with Danny Dudgeon and Johnathon Haddock, Co-Offensive Coordinators at Abilene Cooper HS (TX). We discuss how they are able to successfully collaborate from game planning to calling plays on Friday nights, they share their offensive philosophy, and we get a unique approach to getting players a ton of reps during spring ball.

Coach Dudgeon began his career as the offensive line coach for Breckenridge HS (TX) (2010-2013). He spent the 2014 season working with the offensive line at Cedar Creek HS (TX) before joining the staff at Abilene Cooper in 2015. Dudgeon was named Co-Offensive Coordinator before the 2016 season.