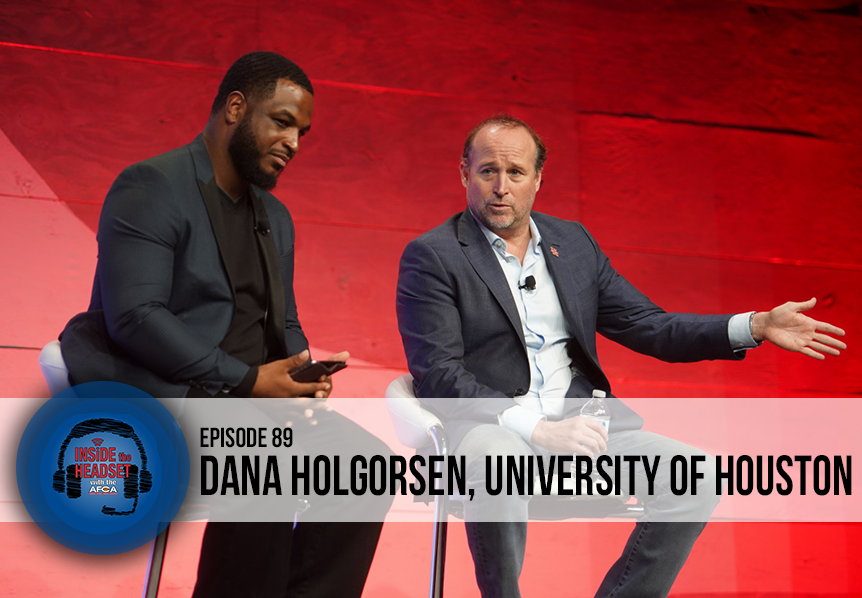 This week on Inside the Headset we are featuring Dana Holgorsen’s general session from the 2019 AFCA Convention. Mario Price served as the moderator for the conversation, and audience members were able to submit their questions for Coach Holgo. We discuss some of his coaching mentors, the importance of developing relationships with players, and his transition to becoming the head coach for the University of Houston.

Coach Holgorsen’s career began at Valdosta State working with the quarterbacks, receivers, and coaching the special teams (1993-1995). From there, he went on to have stints at Mississippi College (1996-1998) and Wingate (1999) before joining the staff at Texas Tech to work with the receivers (2000-2004). Coach Holgorsen served as the co-offensive coordinator at TTU for two seasons before being named the offensive coordinator in 2007. He went on to be the offensive coordinator and quarterbacks coach for Houston (2008-2009) and later Oklahoma State (2010). Holgorsen went on to be named head coach of West Virginia University in 2011, and he led the Mountaineers for eight seasons. The University of Houston named Holgorsen head coach in January of 2019.